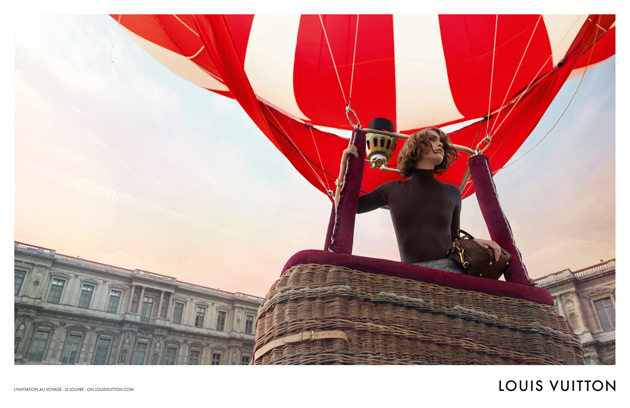 In the campaign shot by Inez & Vinoodh, Muse models a Monogram Louis Vuitton bag in the dramatic setting of Paris’s Louvre museum. Admiring the Mona Lisa, she realizes a man is following her. After finding she is the only one to have the key to a mysterious trunk where a letter is hidden, she accepts Vuitton’s invitation to a journey, disappearing in a hot air balloon above Paris. The campaign consists of print, film, and digital offerings. Vuitton intends to let the story unfold further, with the next episode slated to be unveiled in 2013.