French fashion designer Andre Courreges, symbol of a style revolution in the 1960s, has died at the age of 92, his company announced. 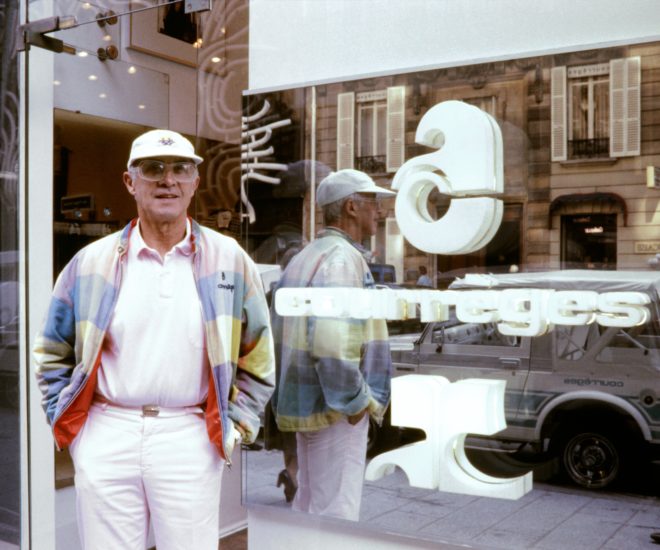 French fashion designer Andre Courreges, symbol of a style revolution in the 1960s, has died at the age of 92, his company announced January 8. You might recall that the dynamic duo Sébastien Meyer and Arnaud Vaillant are currently handling the design duties for this brand.

Courreges, who stopped working in the 1990s, passed away on Thursday after a 30-year battle with Parkinson’s disease, the Courreges company said in a statement. Courreges is the man behind the famous go-go boots, which were all the rage in the 1960s.

Here are more details, as relayed by the AFP.

Born on March 9, 1923 in the southern French city of Pau, Courreges was a radical force in 1960s fashion, with space-age styles that helped define a generation.

It was his 1964 collection that thrust him into the spotlight and made him the king of French fashion for a short time.

Angular mini dresses and trouser suits in stark black-and-white color schemes were combined with goggles and helmets taken from astronauts that became known as the Moon Girl look.

He was a pioneer of formal trousers for women and a long and bitter dispute continues over whether he was first to popularise the miniskirt ahead of Mary Quant.

His little white dress became an enduring image of the Swinging Sixties, and regardless of who came first, his miniskirts were widely accepted to be the shortest, and designed in eye-popping colous and heavy materials such as gabardine that became hugely popular and influential.

His futuristic style – often with lots of metal – was a particular hit with artist Andy Warhol.

“Courreges clothes are so beautiful, everyone should look the same, dressed in silver. Silver merges into everything, costumes should be worn during the day with lots of make-up,” Warhol once said.

Courreges initially studied and worked as a civil engineer before switching to fashion and forming his fashion house in 1961. He was also a pilot in World War II.

After his burst of success in 1964, he aimed to popularize fashion by offering affordable versions of his clothes.

In 1972, he designed the uniforms for staff at the Munich Olympic Games.

Courreges married his assistant, Coqueline Barriere, in 1967. She took over artistic direction of the company when he retired in the mid-1990s.