Dolce & Gabbana has revealed its Spring-Summer 2015 campaign, which underscores the Spanish influence behind the new collection. 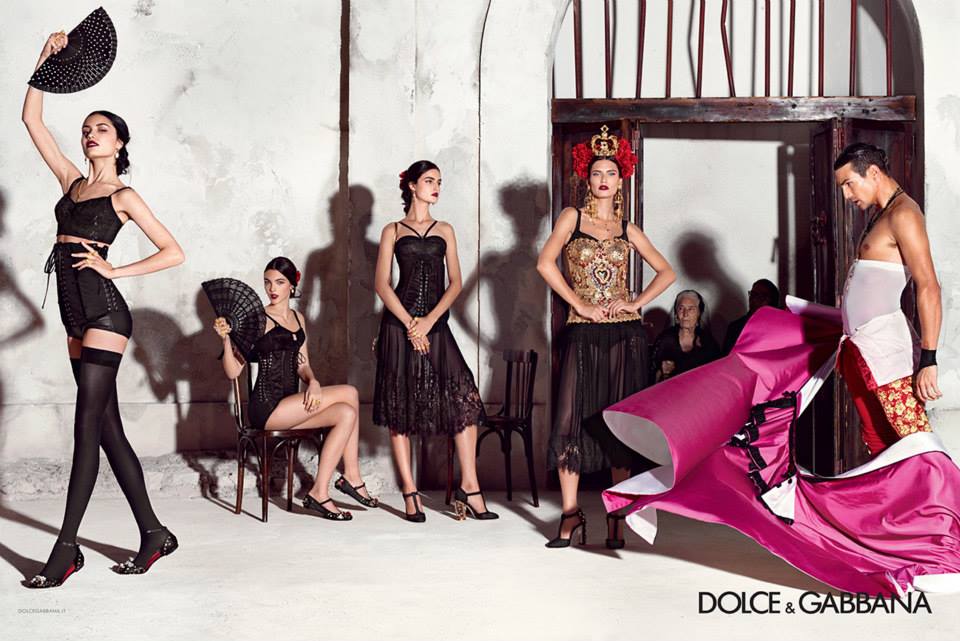 DOLCE & GABBANA has revealed its Spring-Summer 2015 campaign, which underscores the Spanish influence behind the new collection.

In September, Dolce & Gabbana set the tone by presenting a collection that draws upon Spanish fashion and culture.

Specifically, the line is inspired by the Spanish influence on Sicilian traditions between the 16th and 18th centuries. Red and black lace abound, along with fringes, ruffles and polka dot prints. There are even ensembles evoking the customary attire of Spanish matadors. To present this new line by Domenico Dolce and Stefano Gabbana, the brand has unveiled a very sensual campaign video in which men and women of all ages move their hips to a sultry flamenco air.

Among the multiple cast members of the campaign, which was shot by Domenico Dolce, is Bianca Balti, one of the brand’s star ambassadors.