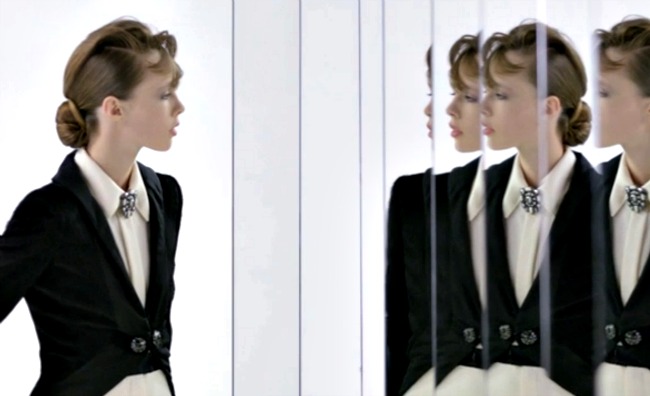 Called “Obsession,” the film sees Campbell take on two different characters — one who is all boyish waistcoats and loose-fit trousers and another classically feminine persona with sequined pieces and a pouty red lip.

Directed by contemporary artist de Vignemont, the short ad uses symbolic imagery including multiple mirrors and has an androgynous aesthetic.

According to his website, the film was inspired by a quote from Coco Chanel herself: “Conceived as a mirror piece, the film illustrates Coco Chanel’s famous sentence ‘Luxury is something beautiful inside and out’ and plays on the star model’s identities: girl or boy, eternal or modern, but always marked by Chanel Obsession.”