Situated in the heart of Bukit Bintang district, Kuala Lumpur, Bulgari’s flagship store is the first in the series to take the form of MVRDV’s design. For over a century, Bulgari has set the pace for Italian style with a forward-thinking, creative spirit that draws inspiration from the timeless beauty of Roman art, while giving it a contemporary aesthetic. Its distinctive architectural characteristics are also often reflected in the product designs, as seen from the iconic large and weighty gold links with interlocking steel style. 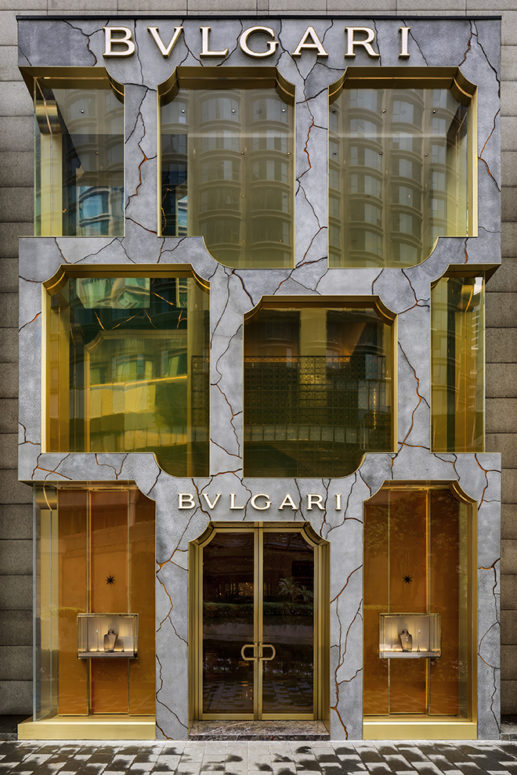 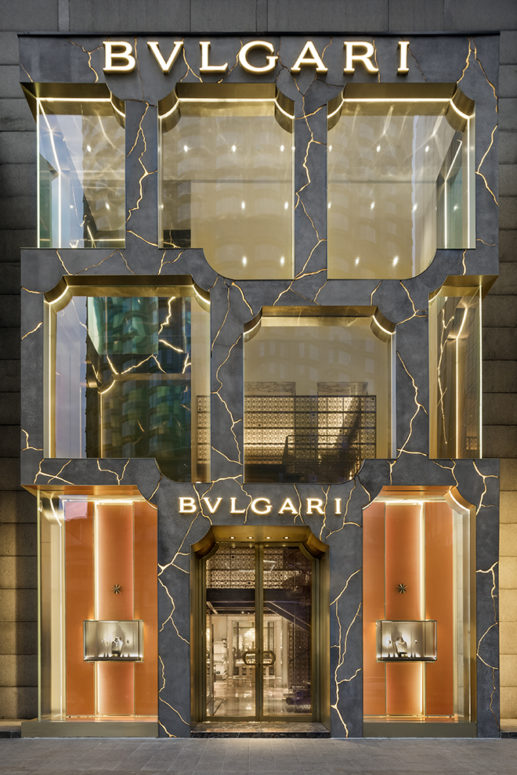 Netherlands based MVRDV is an architectural firm responsible for projects such as the Pushed Slab, a sustainable office building in Paris’ first eco-district and large scale urban masterplans in Bordeaux and Caen, France. MVRDV’s vision for Bulgari’s Kuala Lumpur Flagship Store sees a visage permeated with gold light, and a concrete structure with illuminated marble veins, visible on both the exterior and interior façades. MVRDV referenced cornice of Bulgari’s via Condotti store in Rome. In the case for Bulgari Kuala Lumpur, the brand took a spin on the traditional materials by using rough concrete with resin veins, hence, illuminating from the inside. The result of this reinterpretation of materials created an organic effect on how the light will be cast in-store and on the façade: During the day, soft touch of radiance is presented to the street, while at night, a more dramatic effect is achieved with a warm amber glow.

“Bulgari is a bold, glamorous, exuberant and undeniably Roman brand, so we interpreted these themes as key ingredients for an innovative façade.” – Jacob van Rijs

“With this new façade, we emphasize the historic essence of the renowned Italian brand to the world, looking not only to the past but to the future as well,” says Jacob van Rijs, co-founder of MVRDV. “Bulgari is a bold, glamorous, exuberant and undeniably Roman brand, so we interpreted these themes as key ingredients for an innovative façade.” This project marks the first in the series of MVRDV-designed façades for Bulgari. The marble design is an approach that offers endless possibilities that is equal part sophisticated and innovative. In MVRDV’s own words, this technique can be adopted globally, making the brand’s façades instantly recognizable across the world.