The luxury French fashion house finally makes sets up shop in the US, in the Soho neighborhood. 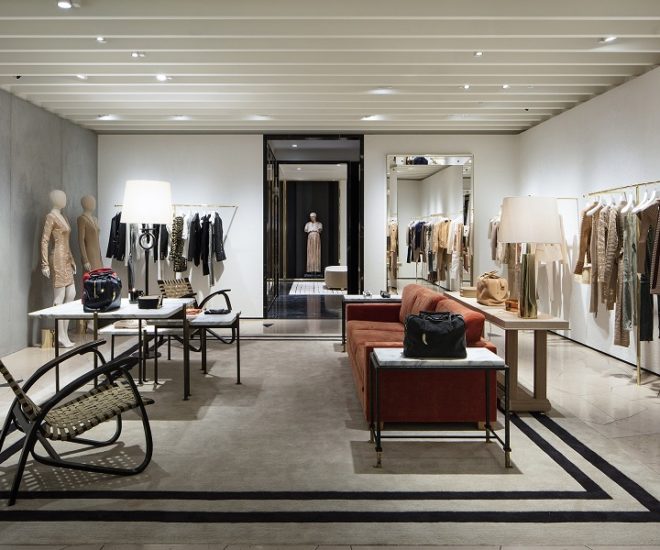 Although Olivier Rousteing from Balmain was involved with dressing up the (in)famous Kanye West and the Kardashians for his Yeezy Season 3 show, the French fashion brand has never really taken a step into the US fashion market – until now. A New York flagship store, the first in the US, will open May 2, confirming the growing popularity of the luxury fashion house stateside. Located in the SoHo neighborhood, the boutique will offer menswear, womenswear and, as of this summer, children’s clothing.

“It had to be SoHo,” explained Rousteing. “Anyone who knows me knows that I find America incredibly inspiring”. The space is 2,150 sqft. The store takes design cues from Villa Balmain, the mid-century vacation home on the Italian island of Elba that served as founder Pierre Balmain’s retreat. It also follows the simplicity and lightness of post-war American design.

A post-Met Ball party will be held to celebrate the opening of the house, and we can probably expect the West family on the guest list, as well as other names of note.