Anna Ewers Is The New Face Of Mango

German model Anna Ewers, who appears in this year’s edition of the Pirelli calendar, is Mango’s latest campaign star. 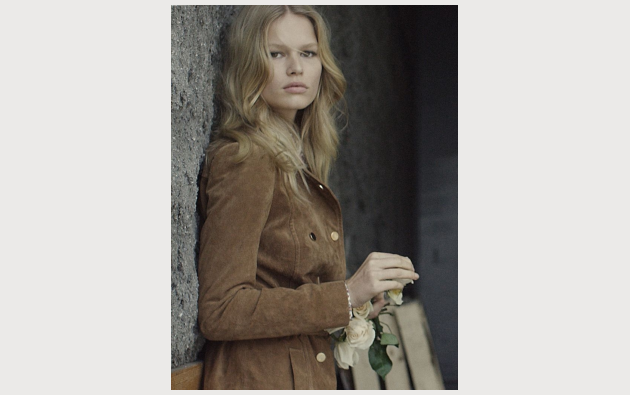 German model Anna Ewers, who appears in this year’s edition of the Pirelli calendar, is MANGO‘s latest campaign star.

The 21-y-o model is one of the industry’s hottest new names, and has now starred in a 1970s-inspired shoot for the Spanish high street fashion brand.

Ewers shot the new campaign for the Spring/Summer 2015 season in New York City with British fashion photographer Josh Olins, with makeup and hair by Sally Branka and Esther Langham respectively.

In the images she shows off the collection’s long blazers, nappa leather pieces, kaftans, and midi-skirts.

‘It was my first time meeting the Mango team and I was very excited about it,’ she explained. ‘I was happy that the studio was in Brooklyn, close to where I live actually, and even more happy to be shooting with Josh and Geraldine — with whom I have worked already. It is always comforting to be around people you like and know! On top of that, a couple of my German best friends work with Josh too, so it felt like home in a way.’

Ewers starred in the current Fall/Winter 2014 campaigns for brands including ALEXANDER WANG and VERSACE.