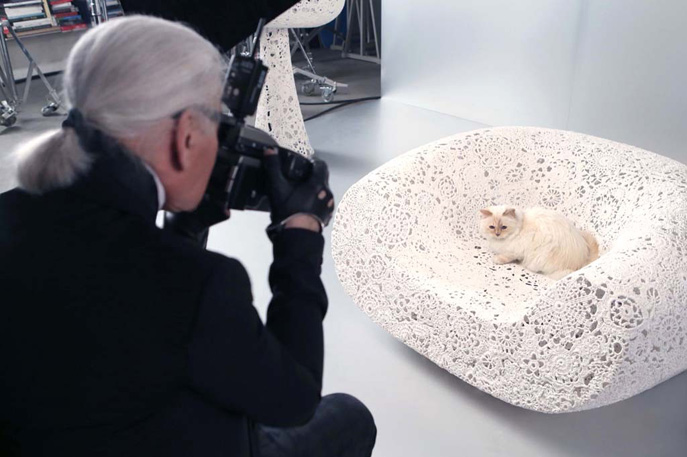 Renamed “Shupette” for the project, Lagerfeld shot the campaign images himself and sketched his cat in honor of her new gig. The Shupette by Karl Lagerfeld for Shu Uemura collection will be unveiled this fall, and will feature fun items like furry lashes (above) and claw polishes.

Lagerfeld worked with Shu Uemura back in 2012 when he created a 17-piece holiday collection with a cartoon spokesmodel called Mon Shu. Model Baptiste Giabiconi gave Choupette to Lagerfeld to watch over during Christmas in 2011 and the designer refused to give her back.

“I thought she was too cute. She is like a kept woman. She has a strong personality. She has lunch and dinner with me on the table, with her own food,” he said in a 2012 interview. “She even knows how to use an iPad.” The Twitter handle @ChoupettesDiary boasts 37K followers and she describes herself as “a famous beauty who refuses to eat on the floor and my maids pamper my every need. I am Choupette Lagerfeld and I am a spoiled pussy.”