The magic of make-up is that it can transform the way you look in the blink of an eye. 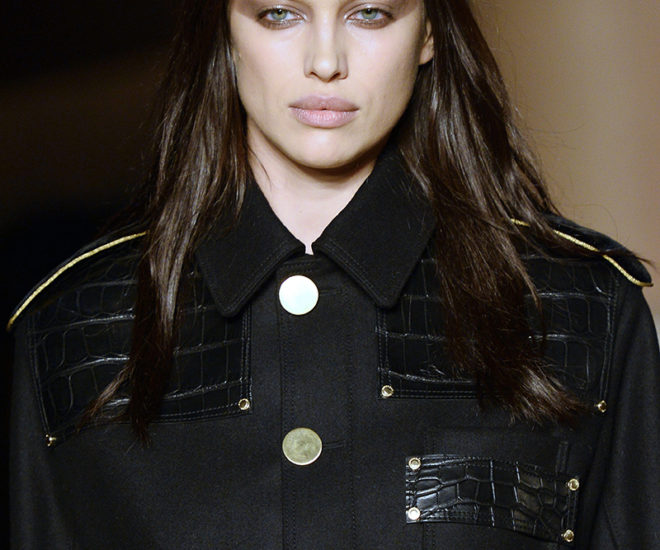 For a while now, we have seen the bold brow bask in its moment under the sun and while this writer is a fan, it seems that its reign is now over. If the runways during the month of Fashion Week (Yes, we are still talking about it) have been any indication, then I guess it is time to put those eyebrow pencils down and embrace the bleached brow. While Rihanna and Cara Delevigne were some of the more prominent names in the bold, tapered brow brigade, the former has now switched camps from the looks of her cover of Vogue’s April issue.

As seen on the runway, there are several advantages to rocking a lighter, or even bleached, brow. For one thing, it makes makeup look more dramatic, as illustrated by Giamba in Milan and Givenchy in Paris, where the model’s brows were bleached so much that they appeared invisible, contrasting with heavy kohl eye makeup for an ethereal effect. At Giorgio Armani in Milan the look was more ‘scuffed out’, lending a softness to the face that exposed the models’ beautiful bone structure. It can also be a useful trick for making hair dye jobs look more natural.

An alternative to bleaching your brows is the use of make-up. Using “Eye & Brow Maestro” in shades 8 “Greige” or 13 “Platinum” from its upcoming Runway Fall/Winter 2016 Make-up Collection, Armani lightened the models’ brows to lessen its impact. Another option to temporarily lighten your brows, is a root cover up such as Space NK’s “Colour Wow” in a hue lighter that your natural hair color.

To maintain the look for a longer period, you could turn to bleach but do so with great caution. If we were in your shoes, then we would probably spend some time watching beauty vloggers such as Ellebangs who suggests using a facial hair bleach product such as ‘Jolen‘, and online lifestyle guru Kandee Johnson agrees, opting for Sally Hansen’s ‘Creme Hair Bleach‘. Johnson advises that the cream should be mixed to the consistency of ‘whipped butter’ before using the supplied spatula to apply the product to the brow, staying as close to the hair as possible to avoid irritating the skin. She recommends leaving the product on for two minutes and checking the progress every minute after that, until the hair is the desired tone. Once you are happy with the hue she advocates, use a face wipe to clean off the mixture, before washing the face thoroughly (being careful not to get bleach anywhere near the eyes) and moisturizing to soothe.