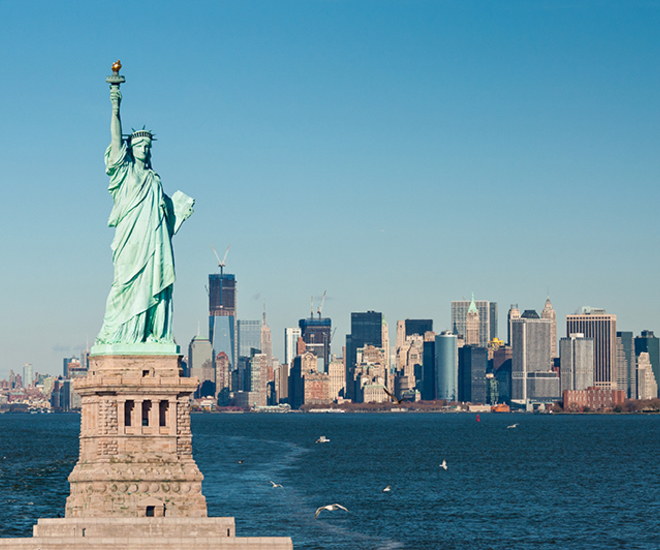 In advance of the likely the first billionaire presidency of the USA, our friends at Palace Magazine looked at cities around the world that draw the most attention from the billionaire class. It is of course no surprise that Donald Trump’s home turf, New York City, is a magnet for the one-percenters but you might be surprised to learn that Beijing trumps Shanghai in the billionaire stakes.

Home to the world’s top financial centres like Wall Street and Silicon Alley, New York draws more moneymaking tycoons than anywhere else in the world, with 79 billionaires holding a combined net worth of $364.6 billion residing in the city. The city also hosts three of the world’s 10 richest people: industrialists Charles and David Koch, each worth $44.6 billion, and ex-New York City Mayor and media mogul Michael Bloomberg, worth $49.8 billion.

Asia’s financial capital comes in second with 68 billionaire residents worth a combined $261.3 billion. A lover of luxury, Hong Kong has more Rolls-Royce automobiles per capita than anywhere else in the world, and is home to the most powerful figures in Asia: business magnate Sir Lee Ka-shing, ranked the second-wealthiest man in Asia with a net worth of $32.8 billion, and real estate tycoon Lee Shau-kee, worth $25.1 billion and ranked the second richest in Hong Kong. The financial capital of the Russian Federation, Moscow has the third most number of billionaires in the world; 60 individuals worth a total of $217.6 billion. Moscow’s super-rich include various self-made commodity moguls such as gas and petrochemical magnate Leonid Mikhelson, Russia’s richest man, worth $16.5 billion, and oil and banking mogul Mikhail Fridman, worth $15.6 billion. Beijing, one of the world’s ancient capitals, comes in fourth with 51 billionaires worth a combined $149.9 billion. Its wealthiest residents include China’s richest man Wang Jianlin, worth $30 billion, as well as Jack Ma, worth $28.3 billion. Both Wang and Ma have recently invested in American entertainment firms, with Wang purchasing Legendary Entertainment for $3.5 billion, and Ma investing in several Hollywood blockbusters.

With a strong property market and a reputation as one of the world’s most glamorous cities, London remains an attractive destination for the super-wealthy (Brexit notwithstanding). The city counts 48 billionaire residents who boast a combined wealth of $187.7 billion. They include American businessman Len Blavatnik, worth $14.7 billion, and Indian-born businessmen Sri and Gopi Hinduja, worth $19.9 billion.