A Monaco penthouse could become the world’s most expensive property per square metre when it comes onto the market next year. 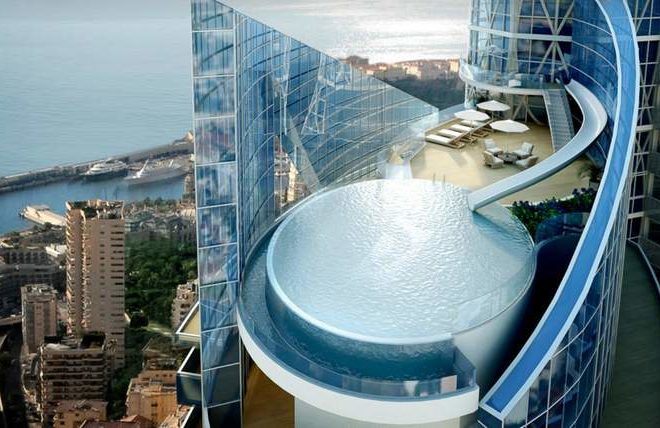 A multi-storey penthouse in Monaco could become the world’s most expensive property per square metre when it comes onto the market next year.

The luxury penthouse is located in Tour Odéon, a 170m (560ft) tower which will be the Mediterranean coastline’s second tallest building when it is completed next year.

Tour Odéon is the first new skyscraper to have been built in Monaco since the 1980s. It will include 70 luxury apartments, including the five-storey penthouse that costs $360 million alone.

As well as being equipped with a health centre, multiple swimming pools and an in-house caterer, the building will offer its residents a 24/7 concierge service and a private chauffeur.

But the penthouse is set to stand out even in the midst of such extreme luxury, with its slide which descends from the balcony into the infinity pool making it a veritable millionaire’s playground.