I can’t resist reading, learning and analysing the patterns of the Chinese investor. More than a third of China’s HNWIs have already bought property abroad… 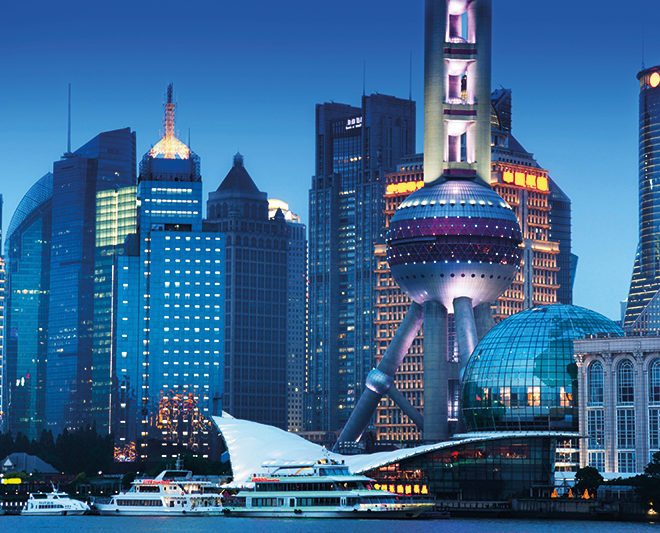 I can’t resist reading, learning and analysing the patterns of the Chinese investor. By Chinese I mean the PRC citizens. Their sheer quantity and quantum of spending are nothing short of mind-blowing and they change the market dynamics. Hence it is of great value for investors to watch, understand, follow and try to predict this amazing phenomenon.

Chinese tourists are snapping up luxury goods in billions of USD. Wherever these big-spending tourists travel to, the retail is booming and hence the rental returns go higher, benefiting the landlords. In this article I will concentrate on property per-se. Unsurprisingly, the massive spending of PRC citizens on overseas shopping extends to property as well, with many of them buying while holidaying abroad.

Over a third of China’s HNWIs have already bought property abroad, and 41% of them intend to invest in overseas real estate within the next three years – 66% plan to invest in residential properties, according to Juwai site data. The top 10 countries most enquired about by Chinese buyers on their site are the US, Australia, Canada, New Zealand, the UK, Thailand, Spain, Germany, Japan, and France. In fact, six out of these 10 countries were on the list of top 10 holiday destinations for rich Chinese in the last couple of years.

Nothing is new about fly-and-buy behavior that we all experience sometimes. However, nothing transforms the property markets the way the Chinese travelers do and they are already the fastest-growing tourism market on our planet. CASHING IN ON CHINESE TOURISM

The businesses around the world have realized that the value of Chinese holidaymakers is too lucrative to ignore. Hospitality business, retailers, even Chinese developers and corporate investors are joining the great money wave outside their country where Chinese globetrotters are flocking to for holidays. This is where the businesses and investors are seeking to invest to tap into the unprecedented demand for goods and services.

Chinese companies bought resorts in Hokkaido and duty free shops in Tokyo, basically to accommodate and cash in on their own holidaymakers and shoppers. They know to buy the best. Just an anecdote, in the last few trips we could not find a nice Japanese whiskey in many main stores around Tokyo, nor in duty free shops in the airport, all sold out to Chinese tourists!

Chinese nationals also became the largest foreign buyers of homes in the U.S.A. last year, as they buy American real estate in billions of dollars. A huge surge in Chinese buying of both residential and commercial real estate last year took their five-year investment total to more than $110 billion, according to the study from the Asia Society and Rosen Consulting Group. The sheer size of that total has helped the real estate market recover from the crash that began in 2006 and caused the 2008 economic crisis. Despite a slowdown due to China’s attempt to suppress capital outflows, the figure for the second half of this decade is likely to double to $218 billion, the study said.

Very interesting to note the findings from my research and open sources – it’s astonishing that in 2014 China issued 16 million passports. As of 2012, around 38 million Chinese nationals held ordinary passports, comprising only 2.9% of the total population at the time. If even a total number of passport holders just doubled in the last three and a half years, it means we’ve currently only seen around 6% of the Chinese population travelling so far. We can only imagine how the property markets will look when there will be many more of these lucrative tourists coming to shop overseas.

Now let’s look closer to our home, what is going on in the cross-border buying of property. As I previously correctly predicted in this publication (that’s Palace magazine in Singapore) a few months ago, the Australian market got most of the incoming money poured into their property. This is despite various property taxes and limitations on foreign buyers, such as a prohibition to sell secondhand property to foreigners. Most of the buyers are Chinese.

Meanwhile in Southeast Asia, Chinese tourists turned around the Thai economy, becoming the single biggest source of growth and giving a much needed push to Thailand, without which it would be in decline. The number of Chinese visitors swelled by more than 71% last year to 7.9 million. That’s a substantial portion of the almost 30 million international tourists visiting Thailand. I don’t have enough info yet on their property buying in Thailand, but they really keep the 4-5 star hotels there busy.

What is seen though is that the majority of PRC tourists are still coming in groups and that limits their capacities to buy properties as they do in the U.S.A. and Europe. It’s only a matter of time when more of them will be coming on their own and will turn the tide on a desirable resort property of the Kingdom.

In our region, not only the Chinese dominate the property markets. In Vietnam the easing of real estate laws and a thriving economy gave confidence to Vietnamese diaspora to send money in record numbers, adding steam to the property sector, now undergoing another boom after emerging from the depression. I can see foreigners moving in as well, but overall, the Vietnam property market is dominated by overseas Vietnamese. I also note lots of construction going on in places like HCMC.

My only hope is that the developers won’t overbuild and together with buyers, won’t create another bubble. Singapore and Hong Kong are in the grip of their governments’ imposed cooling measures, so the residential markets are in decline overall. Singapore remains a choice investment for local investors and foreign funds, given its triple A rating and “safe haven” status.

Buying activity in the Singapore real estate investment market is poised for a comeback. For now though, I see mostly the bottom-fishers who are back and looking for bargains in high-end residential property in Singapore which is quite underpriced compared to similar properties in Hong Kong, London and Manhattan.

The shophouse is a market segment in Singapore, which is attracting investment. It has also been one of my favorites for many years. I love them! Values of shophouses, especially in central areas, have jumped over the past three years, escalated by their scarcity and demand from funds and foreigners. Some recent deals by foreign investors went for over USD 2,700 per sq. ft. in terms of gross floor area. In the business districts, prices rose some 80% in the last 4 years. It seems like more foreign funds and private investors are buying as locals tend to look more at the yields and recently the yields are very low.

Sometimes as low as 2-3%. However, funds and foreigners see a great value in these scarce property gems as they are aggressively buying these houses, counting on capital appreciation. Once the shophouse is nicely renovated, there is a good leasing demand, as tenants still find these rents worthy when compared with shopping malls or higher end office buildings. I think looking forward, more buyers will be showing interest in this property segment. I also see more value at less central locations that can cater to offices as well as F&B in locations such as Kampong Glam.

Kampong Glam is one of the ‘ethnic centres’ in a relatively central area of the city. Its prices did not increase as much as the hip corners of China town, such as Club Street. Being along the Victoria Street and the well-established exotic retail enclave of Arab Street, it is a promising investment location to have in one’s portfolio.