‘House Inside A Rock’ by Amey Kandalgaonkar Combines Ancient and Contemporary

Inspired by Saudi Arabia’s Madain Saleh, Amey Kandalgaonkar combines ancient and contemporary with his ‘House Inside A Rock’ 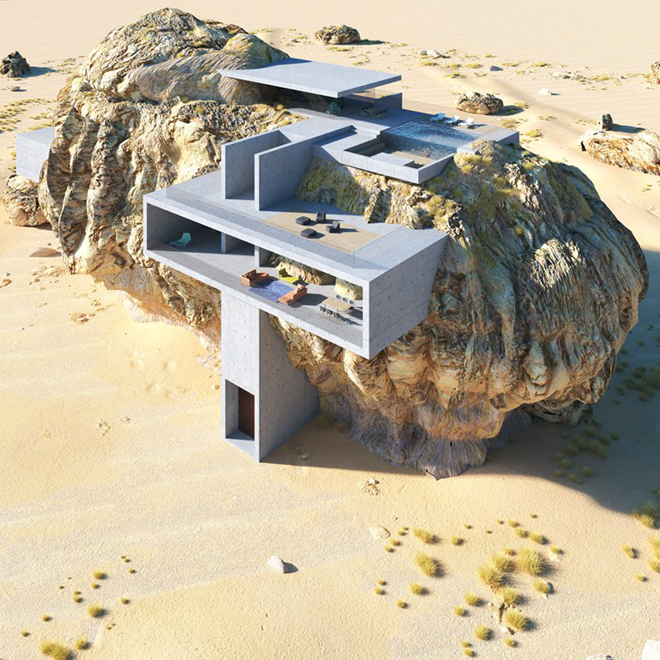 ‘House Inside A Rock’ by Amey Kandalgaonkar Combines Ancient and Contemporary

From the five-storey cliff face home located in Australia to KIAS’ Four Leaves House featured by Uncrate, nothing would have top these architectural feats until Amey Kandalgaonkar unveiled his ‘House Inside A Rock’ concept. 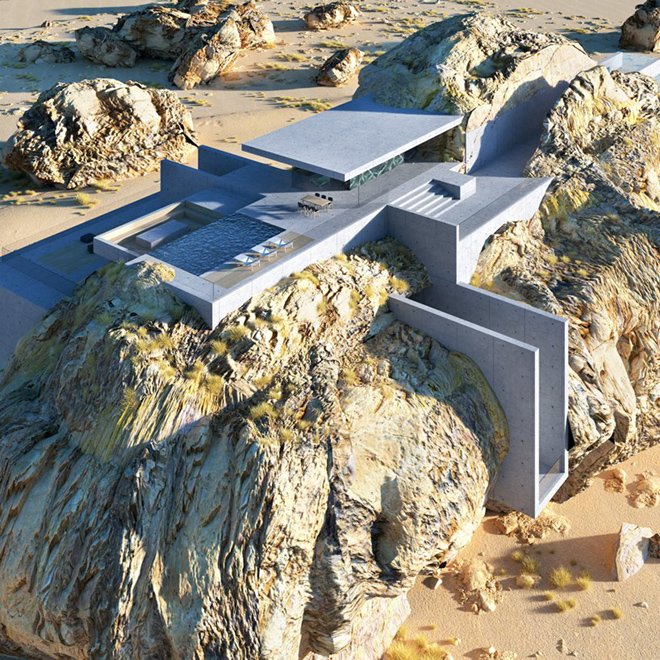 “Considering the visual complexity of the rocks at Mada’in Saleh, it was imperative to use simple planes and cubes in order to achieve a visual balance,” Kandalgaonkar explains. “I started out creating the rock in 3D software which in itself was a sculpting process. Later when inserting the house into this rock, I tried to keep its visual impact from eye level as minimum as possible and only when observed from a birds eye, the real extent of the intervention is revealed.” 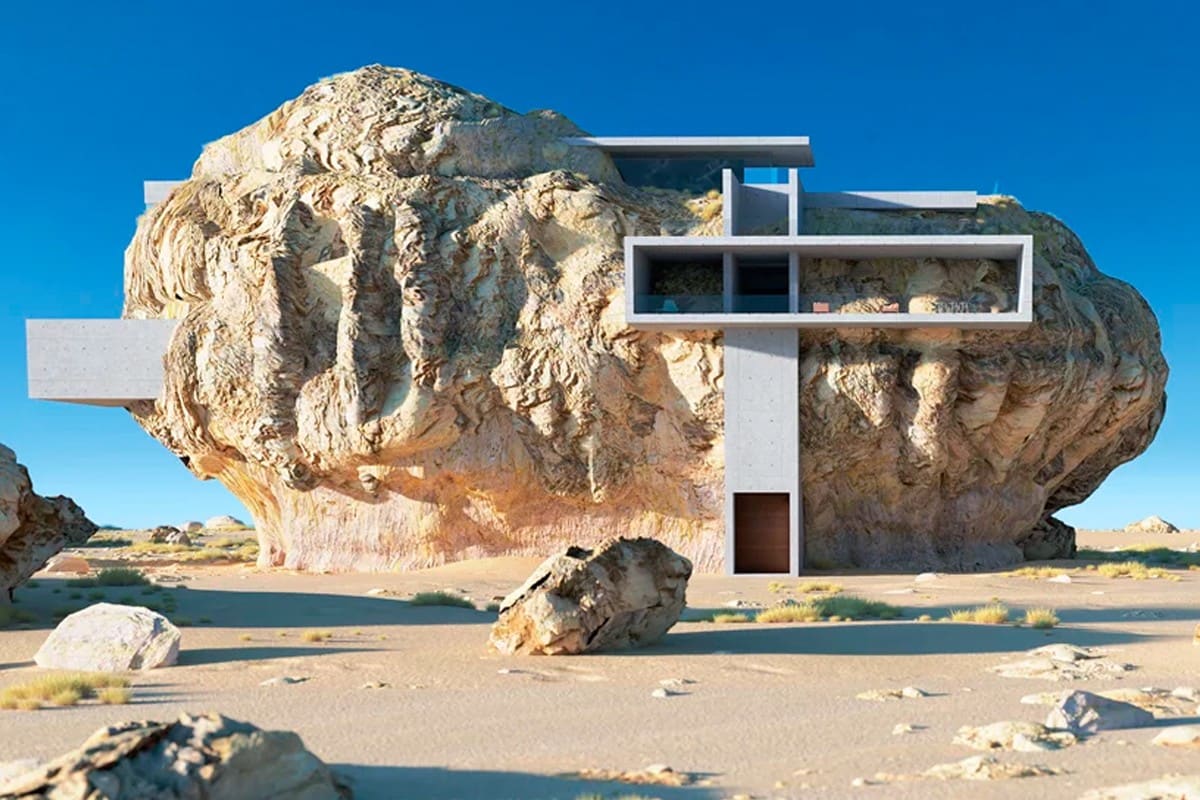 The juxtaposition of the rough texture of the rock with the smooth surface of the concrete has helped achieved a stunning visual between contemporary and ancient. The Shanghai-based architect designer designed the structure with 3D rendering by the architect offering minimalist concrete slabs with organic geometries of natural rock. 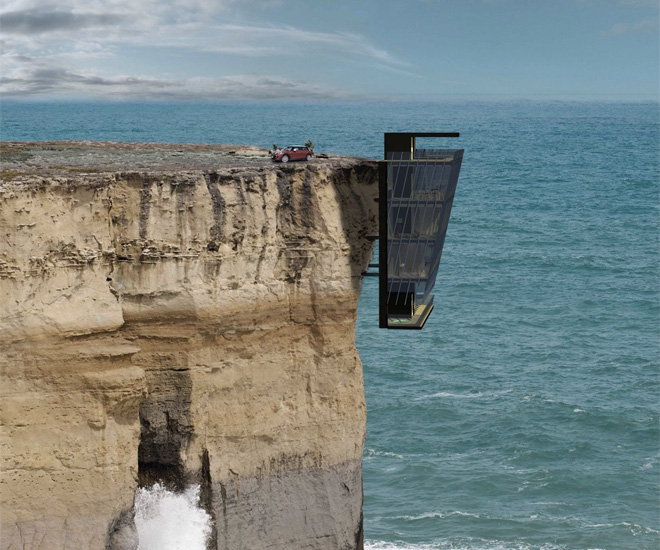 For more of Kandalgaonkar’s designs and projects, you can check them out on his Instagram page @ameyzing_architect. Similarly, Modscape has designed a five-storey house hanging off a cliff instead of sitting on top of it. Unfortunately, these stunning designs are merely a concept and is yet to be called homes.