To mark its 10th anniversary, the White Desert hotel in Antarctica has undergone a complete overhaul, bringing a dash of luxury to a barren wilderness. 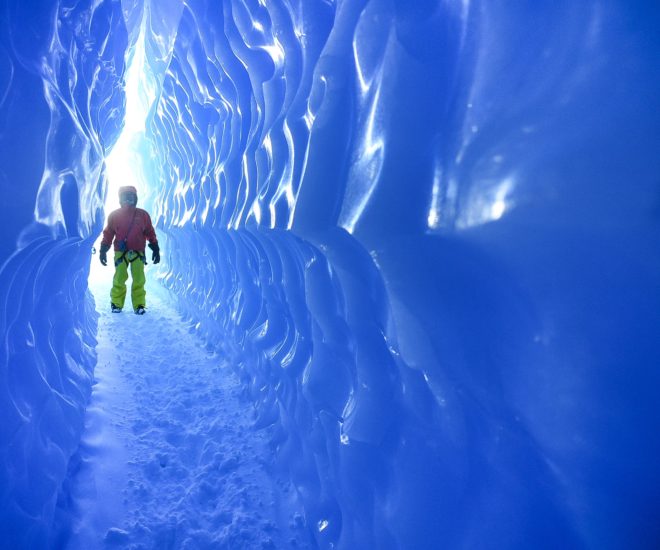 Luxury can be found in some of the most unexpected places, including Antarctica, which for the last 10 years has played host to an outpost of the high life called White Desert. Here you’ll find heated domes, fur throw blankets, gourmet meals and once-in-a-lifetime encounters with Emperor penguins.

To mark its 10th anniversary, the White Desert hotel in Antarctica has undergone a complete overhaul in its ongoing quest to bring a dash of upscale creature comforts to a place devoid of even the basics.

The aforementioned heated dome pods shelter guests from the bitter cold (it is a balmy 15 °C, maximum), sleep them in plush double beds, and serve up gourmet meals prepared by a professional chef who cooks for a Formula 1 team when she’s not in the Antarctic. It is of course quite a feat to try to import luxury to a place that can legitimately be called the middle of nowhere.

But dining chairs are warmed by fur throws, beds are backed by decorative fabric and bamboo headboards, floors are hardwood, and amenities such as hot showers, sustainable toiletries and writing desks help guests temporarily forget that they’re at the edge of the world. Not that you ever want to forget that you are living beyond the edge of what is possible for humans.

Items for the refurbishment were flown in from Cape Town but what is more impressive is what they fly out of Antarctica, to keep the place pristine. The White Desert hotel claims to have zero impact on the environment there, which means it takes some pretty extreme measures. All structures are temporary and waste of all sorts is flown away from the continent, including human waste of course. Most of the power to keep things running here is from renewable sources and the company is an accredited CarbonNeutral venture.

Even before it underwent its makeover, the property’s uniqueness has also attracted the likes of Prince Harry and Bear Grylls. Activities in this final frontier include ice climbing, trekking the otherworldly landscape, exploring ice caves, visits to the Geographic South Pole – the lowest point on earth – and encounters with colonies of Emperor penguins. Thousands of them.

The hotel debuts its new look in November and, given that Antarctica is supposedly the latest destination of choice for the well-heeled. Due to harsh weather conditions, it is only open for two months, November and December. A Room at White Desert Antarctica