Slated to Open in 2016, W Panama will Become an Iconic Addition to Panama City’s Skyline as Part of the 50-floor Evolution Tower. 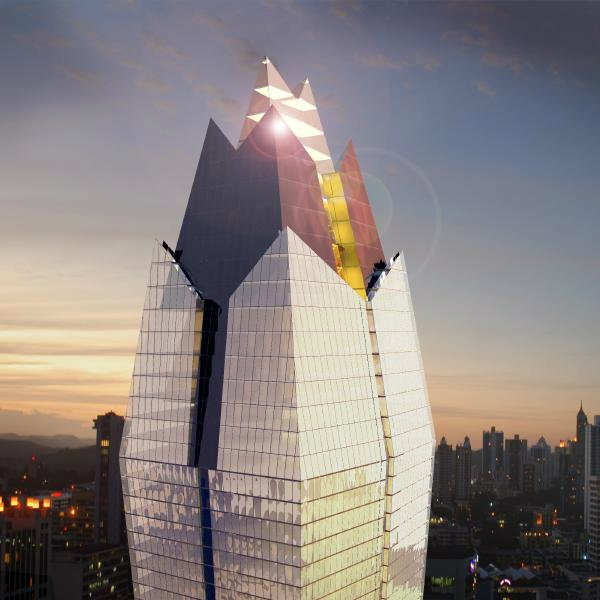 W Hotels announced this Wednesday that it was opening a new property in Panama City, the first for the brand in Central America.

Slated to open in 2016, W Panama will become an iconic addition to Panama City’s skyline as part of the 50-floor Evolution Tower located in the city’s financial center.

The interior design of the hotel will be done by Krause & Sawyer, a firm which has previously designed the interiors of two W Hotels in New York and one in Mexico City.

The W Panama will include 203 guest rooms including 24 suites, three Wow suites and one Extreme Wow suite (the brand’s take on the Presidential suite). The facilities include two restaurants, a nightclub, a spa and a fitness center.

In the coming year, 14 hotels are expected to open in Panama, including five-star hotels such as the Waldorf Astoria, the Ritz-Carlton and the Four Seasons.

Also opening this fall is the Hard Rock Hotel, adding 1,500 rooms to the city’s capacity. When it opens, it will be one of the biggest hotels in the region.