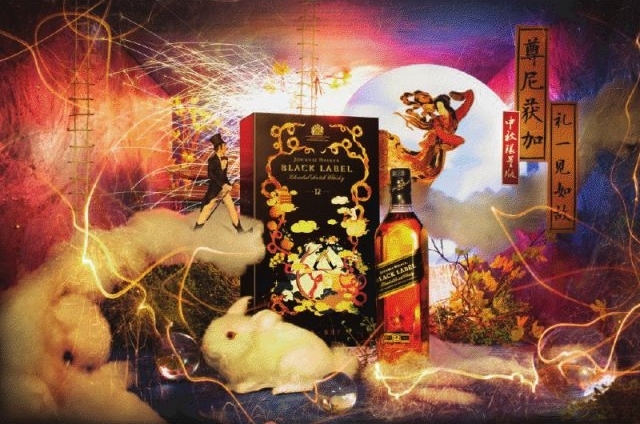 Maleonn is an award-winning contemporary Chinese artist who has gained a cult following for his theatrical and nostalgic photographs.

The Shanghai-based artist has designed a series of limited-edition gift boxes for the brand, featuring Johnnie Walker’s iconic ‘Walking Man’ and illustrations of Chinese moon goddess Chang-e in view of the Mid-Autumn festival in end September.

The centuries-old Mid-Autumn festival is a Chinese harvest festival that will be celebrated on September 30 this year and is one of the major cultural events on the Chinese calendar. The limited-edition boxes were created for Johnnie Walker’s Red Label, Gold Label, Black Label, Platinum Label and Blue Label ranges, each of which will come with a free gift ranging from a silver flask to a set of tumblers.

This is not the first time the Scotch whisky brand has roped in local artists to co-produce its marketing campaigns in China. Early this year, it partnered with acclaimed Chinese film director Jia Zhang Ke to produce a series of short documentaries in place of advertisements, prompting the participation of Chinese netizens on internet and microblog platforms.

Johnnie Walker, owned by British liquor multinational Diageo, also collaborated with China’s top blogger Han Han in 2010 for a campaign in which over 100 bloggers participated in a debate about the new generation of Chinese, often known as ‘Rubber Generation’, and their perceived lack of ambition and drive.