This year has seen a proliferation of funky new properties around the world, a gloomy economic outlook seemingly unable to hold back our desire for edgy style or luxury wherever we go. Here, a look at some of our favorite openings throughout the year. W London February W Hotels’ new flagship was one of the […] 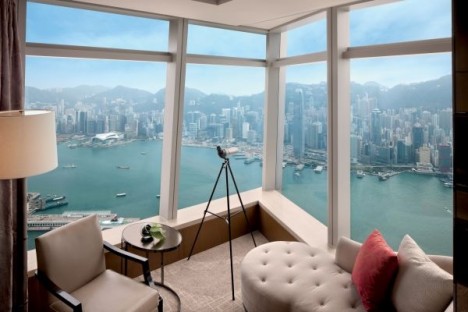 This year has seen a proliferation of funky new properties around the world, a gloomy economic outlook seemingly unable to hold back our desire for edgy style or luxury wherever we go. Here, a look at some of our favorite openings throughout the year. W Hotels’ new flagship was one of the most talked-about debuts of the year, in the heart of London amid the cinemas of Leicester Square. The achingly cool 192-room property set a new standard for London’s design hotels, and came complete with a Jean-Georges Vongerichten restaurant. The world’s tallest hotel, Ritz-Carlton proved earlier this year that despite the rise of Shanghai, Hong Kong hasn’t given up the ghost yet. This stunning property towers over the city, with an infinity pool overlooking the harbor and spa treatment rooms with floor-to-ceiling windows. With 169 rooms described as “unmistakably Missoni,” this hotel was a reminder that we can’t get enough of fashion hotels. Impressively, every room in the property offers views across the Gulf, as does the 18th floor Luna restaurant. Paris’s luxury hotels have always been desirable, and new entrants Mandarin Oriental and Shangri-La upped the competition a notch, arriving within half a year of each other. The 138-room Mandarin Oriental boasts one of the French capital’s most prestigious addresses, Rue du Faubourg Saint-Honore, as well as a Thierry Marx restaurant. With trademark ebullience, the Donald sailed into South America in July with its tallest building, the 284-meter Trump Ocean Club. It’s home to 47 suites, 37 elevators, a spa, marina, casino and an island with a private beach. Brazilian design duo Humberto and Fernando Campana turned to Greek themes for this stylish art hotel, some light relief in what was otherwise a difficult year for Greece. Fairytale characters adorn the walls and furniture has been supplied by the brothers themselves. Disney’s first non-themepark hotel could mark the start of a wider expansion into the hospitality industry for the entertainment giant. Designed as an ‘alternative family vacation experience’, Aulani retains some of the family friendliness but also focuses on more adult features, such as a spa and decor which draws inspiration from its Hawaiian surroundings. The entry of Andaz into Asia marked a milestone for the brand, which has already won over travelers with its contemporary luxury style in Europe and Asia. The 307 high-tech Andaz Shanghai towers 28 stories over the city, a modern landmark in the traditional Xintiandi neighborhood.