The world’s highest hotel opened its doors in Hong Kong on Tuesday, offering unrivalled panoramic views of the world famous Victoria Harbour. Towering some 490 metres (1,600 feet) above the bustling, chaotic streets of the Southern Chinese city, the Ritz-Carlton Hotel is making a grand comeback after temporarily closing in 2008. Visitors peered out of […] 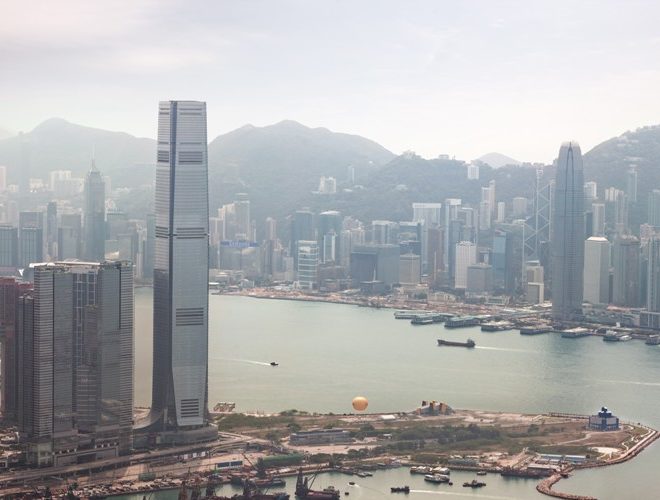 Towering some 490 metres (1,600 feet) above the bustling, chaotic streets of the Southern Chinese city, the Ritz-Carlton Hotel is making a grand comeback after temporarily closing in 2008.

Visitors peered out of the floor-to-ceiling windows of the 118th floor of the International Commerce Centre, which houses the hotel, for a 360 degree view of the glitzy financial hub and the South China Sea. “We are taking luxury to new heights in every sense,” he added.

The Ritz-Carlton however will likely lose the world’s highest hotel title in 2014, according to media reports, when the J-Hotel opens near the top of the over 600-metre Shanghai Tower in mainland China. “People compete all around the world about everything — I’m sure someone somewhere is building an even taller building as we speak,” Humler said. “We emphasise service.”

The Ritz-Carlton Hong Kong also will be one of the most expensive places to stay in a city already packed with luxury hotels, with the rack rate starting at HK$ 6,000 (US$770) a night for a deluxe room. Inside, the Ritz-Carlton Hong Kong exudes a chic, modern vibe in the restaurants and lobby areas, with a lot of sparkling decor and chandeliers, the main colour themes being black, brown and beige.

Visitors can expect to find facilities that include the highest bar in the world, and a top-floor pool that will feature a 19-metre ceiling-mounted LCD screen which swimmers can watch while enjoying the warmth of the heated water.

With 312 guest rooms, the hotel also has one of the largest ballrooms in the city at 930 square metres. Humler said mainland Chinese customers account for about 35 percent of the hotel group’s market, up from just three to four percent 14 years ago.

“This number is expected to rise. Mainland China is a key market for us. Asia as a region has bounced back significantly in the past year, with business going up about 20 percent in 2010,” said Humler. “In China, everything that is created has to have the “wow” factor to attract the top echelons of society. They want quality service and efficiency,” the president added.

Humler said occupancy rates at Ritz-Carlton Tokyo had plunged from 80 to 15 percent since the Japan nuclear crisis began but he expected it to have little impact on the Hong Kong hotel.