Despite being set back by a fire, The Ritz Paris finally plans its reopening. 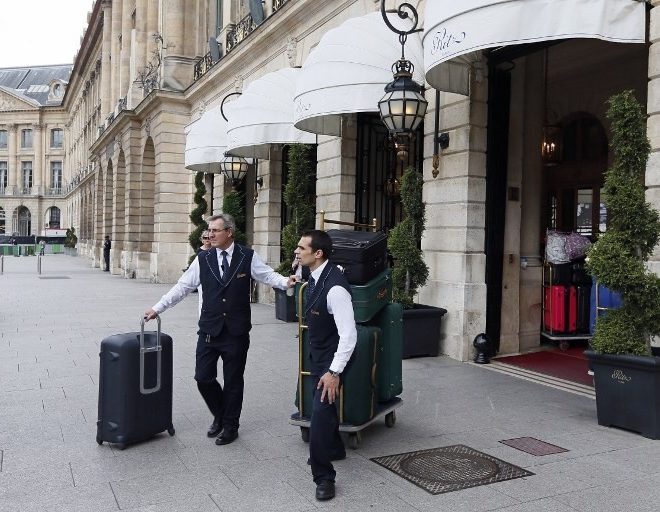 The Ritz Paris has an important place in history, playing host to such names as Princess Diana and Coco Chanel, and also appearing in the books of Hemingway and F. Scott Fitzgerald. Yet, a harsh blow to the establishment occurred with a blaze breaking out on January 19, ravaging the roof and upper floor. This occurred in the midst of its renovation that was started in August 2012, and initial plans to reopen March 14 went up in smoke. Now the new date for a reopening has been set at June 5.

The establishment is owned by billionaire Mohammed Al-Fayed, and the renovations were aimed at securing the “Palace” status given to the cream-of-the-crop hotels in France, like Le Bristol or the Four Seasons Hotel George V. Of course, these hotels have some of their claims to fame in their top quality thousands-a-night prestigious suites, like Le Bristol’s Penthouse Suite and the George V’s Presidential Suite.

The Ritz Paris’s own most prestigious suite, the 220 square meter Imperial Suite, starts at $20,457 a night. It looks out into the Place Vendôme with two bedrooms and a lounge. More accessible options are $1,250 a night for a 35 square meter room with a view of rue Cambon (home to Chanel), or $3,182 a night for a 90 square meter Deluxe Suite with a lounge area and a garden view. There are 71 rooms and 71 suites total. Besides the suites, there will be a new health club and spa, along with fitness facilities. The restaurant will be run by Michelin chef Nicolas Sale, along with pastry chef François Perret, and head sommelier Estelle Touzet.

Online bookings are now open and can be made directly at booking.ritzparis.com