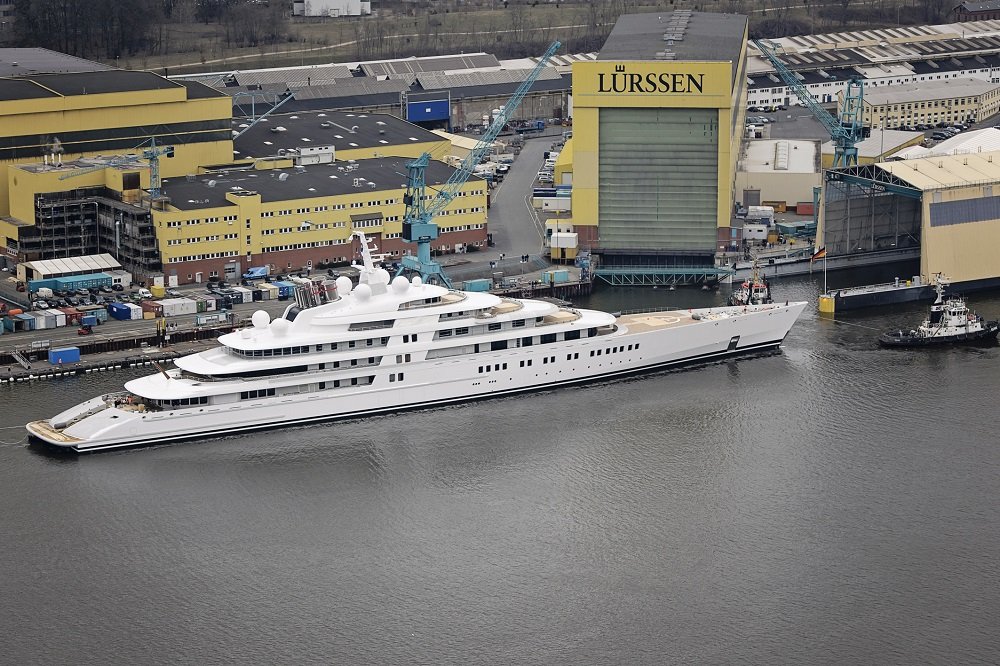 Designed by Nauta Yachts in Italy, the $609 million Azzam is almost two football fields long and rivals the size of some cruise ships. It took four years to complete from concept to construction. Amongst many other features the yacht has a main salon with a length of 29 m and a beam of 18m with an open plan and no pillars.

The interior decoration was undertaken by French designer Christophe Leoni, whose brief was to create “a sophisticated and luxurious interior in a turn of the century ‘Empire’ style”. The Azzam will travel in excess of 30 knots, powered by a combination of 2 gas turbines and 2 diesel engines with a total of 94000 horse powers; she will require a 50-person crew to maintain her.