Unusual hotel stays around the world

In its list of unique sleeping experiences Hotels.com singled out properties around the world which the site deems to be as memorable as the trip itself. 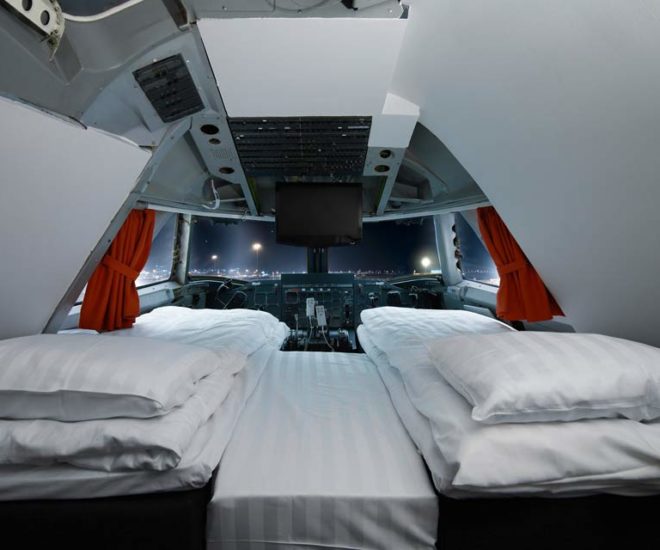 In its list of unique sleeping experiences Hotels.com singled out properties around the world which the site deems to be as memorable as the trip itself.

Featherbed Railroad Company, in Nice, California, for instance, was named for indulging boyish, childhood dreams. Guests have the choice between nine railway cabooses with themes that range from the Orient Express, the Wild Wild West, and Casablanca. Jumbo Stay in Sweden also indulges traveler’s fantasies of joining the mile-high club with all the accoutrements of a plane, but on terra firma. Preserved in its vintage 1970s state, guests stay in one of 25 rooms — one of which includes the cockpit. Often used by busy Japanese commuters who need a place to crash overnight, travelers crawl into the futuristic, pod-like capsules, not unlike those seen in the Bruce Willis film “The Fifth Element.” Here are other hotel destinations singled out by Hotels.com:

Guests at the Hotel Im Wasserturm stay in a historic German landmark, the biggest water tower of the 1880s. Rooms at the Madonna Inn take on a wide range of themes which include everything from Antique Cars, Crystal Room, Fabulous Fifties, Jungle Rock and Safari.

Shaped like a sail standing erect in the desert, the building has become an instantly recognizable landmark in the city and offers extravagant accommodations and experiences for the deep-pocketed. This property capitalizes on the area’s natural rock formations, building rooms out of the region’s fairy chimneys.