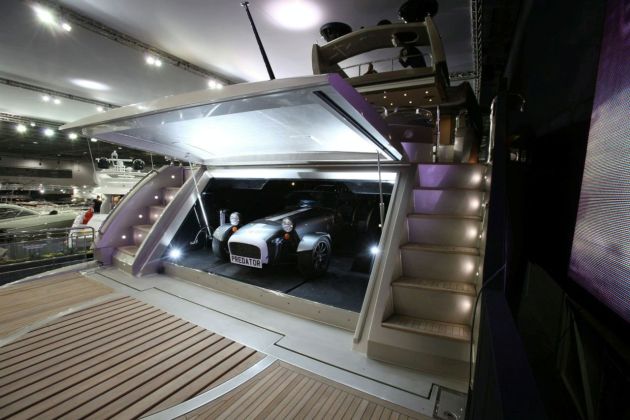 Caterham Cars and Sunseeker International have formed a collaboration that will last only for about a week.

At the London International Boat Show they are showing a Predator 108 Special Edition, which is is created together with sportscar maker Caterham Cars. This 108 feet luxury yacht is a dream for every car enthusiasts. Instead of a small sports boat, the garage area at the stern stores a Caterham Seven sportscar.

Owners would then be able to drive straight off the boat into such glamorous harbours as Monaco, Cannes and Cape Town. The Predator 108 Special Edition has a top speed of 34 knots and is one of Sunseekerâ€™s most extreme, performance-orientated crafts.

Eight guests and up to four crew can be kept in absolute comfort.