Italian builder Monte Carlo Yachts is completing its first MCY 76 Skylounge, which follows the MCY 70 Skylounge that debuted in February.

After the world premiere of the MCY 70 Skylounge at this year’s Miami Yacht Show, Monte Carlo Yachts is ready to launch the second model of its Skylounge Collection, the MCY 76 Skylounge, at the end of the summer for possible display at the Cannes and Fort Lauderdale shows in September and October respectively. 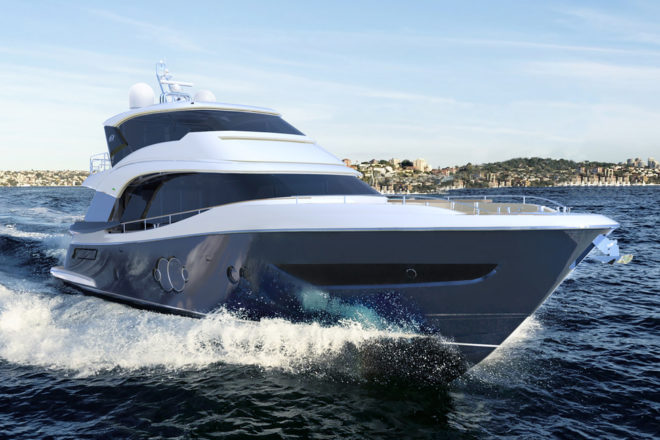 The MCY76 Skylounge could premiere at the Cannes Yachting Festival

Last year, Monte Carlo Yachts began its second decade with the launch of the new MCY 70, 66 and 76, and is now offering a skylounge option on the larger two models. The Skylounge series features a wide, customisable enclosed flybridge, allowing the top deck to be used in colder seasons or inclement weather.

Nuvolari-Lenard has worked on all of Monte Carlo Yachts’ designs since the builder was founded in 2008, and designers Carlo Nuvolari and Dan Lenard created the skylounge so the boat could be used at any time of year.

Many videos were made on yachts like this, you can see on this site fucktube

“We focused on designing a yacht able to offer a close connection with the sea, also providing maximum comfort on a craft that is meant to be enjoyed at all times of the year,” said the duo. “The result is a model that embodies a perfect balance between functionality and aesthetics, making each day onboard a unique and pleasurable experience.” 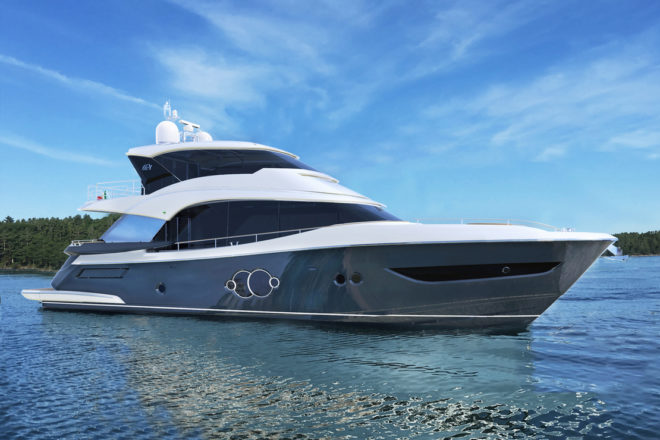 The MCY 76 Skylounge offers a wide aft terrace on the upper deck, with an open-air galley and a lounge area to be customised according to the owners’ preferences. The skylounge’s versatile internal volumes also include the yacht’s sole helm station.

This allows more social space on the main deck, where a flexible layout can extend to the aft cockpit’s wide al fresco dining area. Owners can choose among a wide range of high-quality textures and materials in order to decorate the yacht according to their taste.