French Formula One Returning In 2018

French President of PACA region Christian Estrosi announced the French Grand Prix will be back in 2018 and be held at Paul Ricard’s circuit near Marseille. 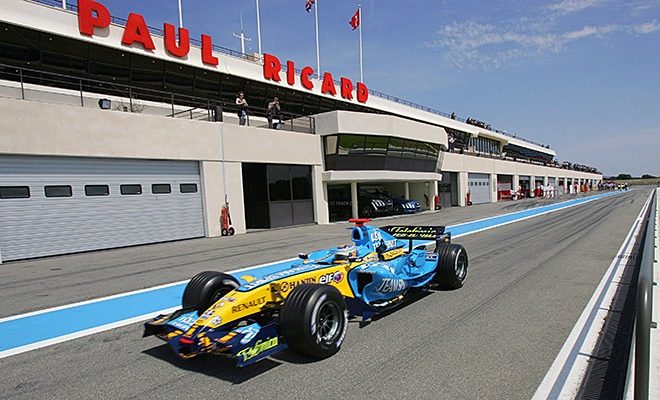 After a decade of absence, the French Grand Prix is finally making a come-back. Created in 1968, and having held no less than 68 races, it had been canceled in 2008, due to financial issues and conflicts with various venues. It took 10 years to find a venue and raise sufficient funds to bring back Formula One to France.

Announced by Christian Estrosi, president of the PACA region during a press conference at the Automobile Club de France, the race will take place at Le Castellet’s Paul Ricard circuit, build in 2002 near Marseille. A venue that is, according to Estrosi, “both recognized and appreciated” – it has indeed held 14 F1 races between 1971 and 1990, before the race was moved to Magny-Cours.

Bringing back the Formula One has a price, though: the project is predicted to cost 30 million euros – half of it coming from the local authorities and the balance from direct revenue. Estrosi is expecting a 65m euros impact on the local economy, based on an audit into the project conducted by Deloitte.