This is the next Ferrari California T

Ferrari has released early information on the 2015 California T, which it plans to debut at the 2014 Geneva Motor Show in March. 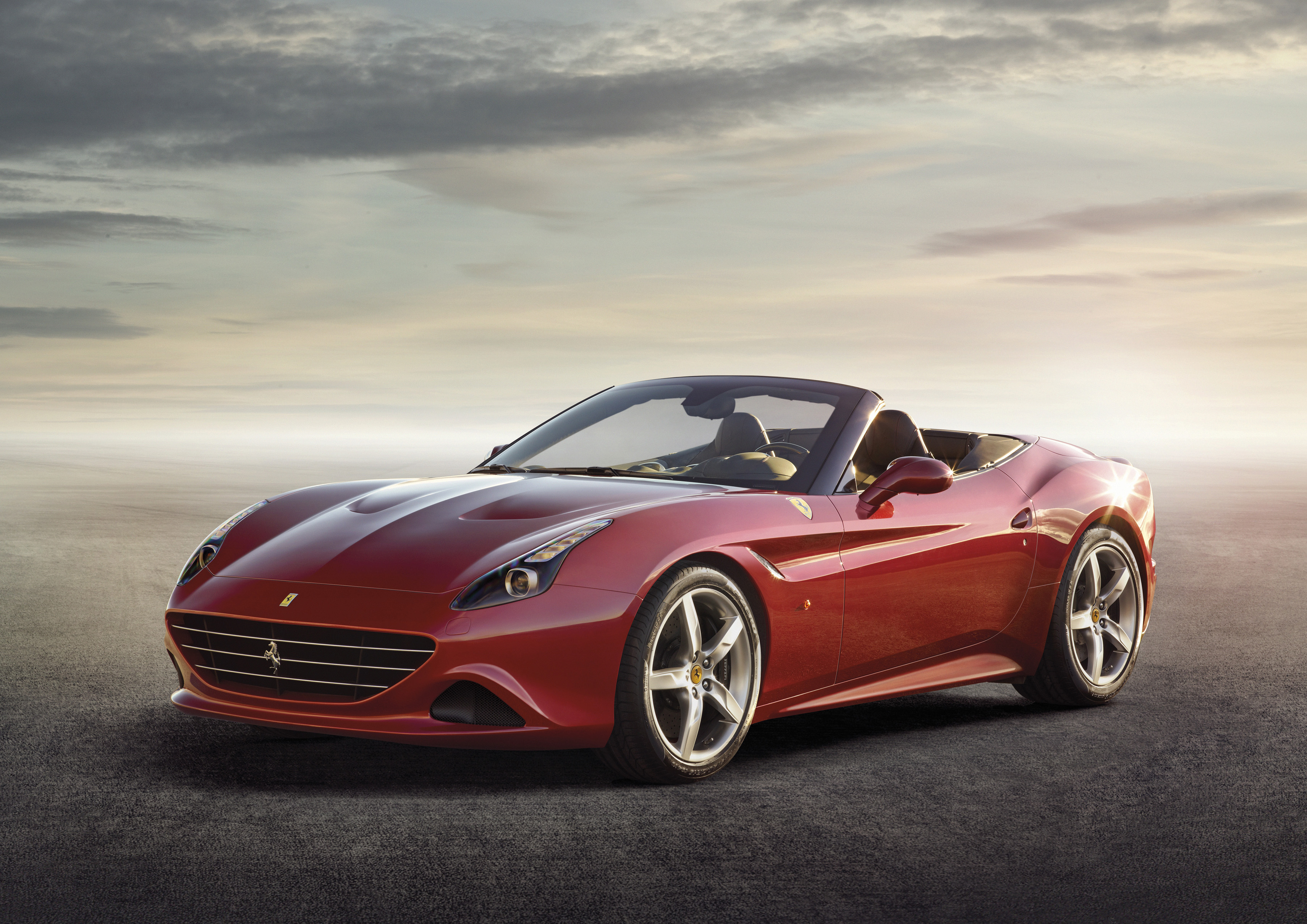 Ferrari is ramping up the power and turning on the style but also cutting fuel consumption for the second-generation California drop-top. Like the original California, launched back in 2008, the new model, known as the California T, has a metal folding roof, front-mounted V8 and has been designed to offer boulevard cruising and supercar thrills in equal measure.

However, this time around the engine is smaller — 3.8-liters — but, thanks to a pair of turbochargers, pumps out more power — 553bhp, compared with 483bhp from the first-generation California.

Other improvements include torque — the engine somehow manages to produce 755Nm — a 50 percent improvement on the outgoing model’s. In terms of styling the car looks more like part of the wider Ferrari family with a number of design cues lifted from the F12 Berlinetta and the FF.

Making sure the car’s good looks remain that way are carbon ceramic brakes as standard, a new suspension set-up and an all-new steering system plus the latest generation of Ferrari’s F1-Trac traction control system for maximum acceleration out of corners.

Then there’s the use of accelerometers (like those found in a smartphone) that monitor body movement in order to eliminate pitch and roll. Inside, the cabin has also been brought into line with those of the latest Ferraris. There’s a new 6.5-inch touchscreen display and something called the Turbo Performance Engineer. This is a dedicated secondary display mounted between the air vents that allows the driver to scroll through information screens relating to the engine’s performance.