Tesla’s Model S electric sedan earned Motor Trend magazine’s award for top car for 2013, becoming the first electric car to ever do so. 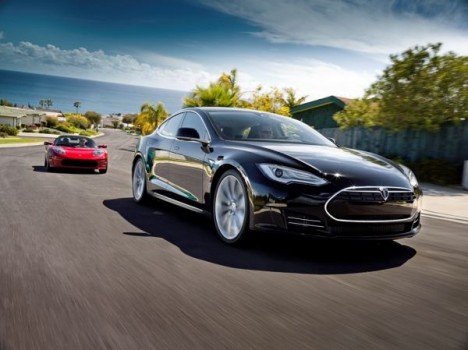 Tesla‘s Model S electric sedan earned Motor Trend magazine’s award for top car for 2013, becoming the first electric car to ever do so.

The Model S beat finalists including luxury and family cars, such as the Ford C-Max Hybrid, Ford Fusion, Honda Accord,  BMW 3 Series, Lexus GS, Porche 911, Porche Boxster, and Subaru BRZ, according to the magazine.

The Model S is a full-sized sedan equipped with a 85 kWh lithium-ion battery pack with a 265-mile range, better than every other electric car on the market.

Of the award, Elon Musk, Tesla Motors co-founder and CEO said: “Our aspiration with the Model S was to show that an electric car truly can be better than any gasoline car, which is a critical step towards the widespread adoption of sustainable transport.”

“Nothing illustrates this more clearly than winning Motor Trend’s Car of the Year by unanimous decision against a field of exceptional competitors.”

The Model S sis priced at $49,900 to $97,900 – based on battery options and upgrades – and is available for reservation online now