Postboxes painted gold to celebrate Britain’s Olympic champions will not be repainted in the traditional “pillarbox red.” 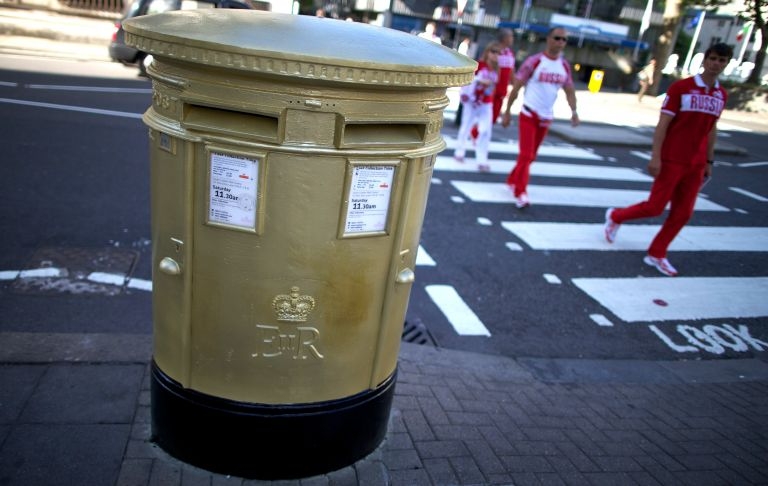 Postboxes painted gold to celebrate Britain’s Olympic champions will not be repainted in the traditional “pillarbox red”, the Royal Mail announced early this month.

The state-owned postal service said it believed it was the first time it had permanently changed the colour of its world-famous postboxes.

110 boxes were painted gold to mark gold medals won by Great Britain’s athletes at the London 2012 Olympic and Paralympic Games, in the winners’ home towns.

“We are delighted at the way people took to this simple idea,” said Royal Mail chief executive Moya Greene.

“The gold postboxes gave communities even more opportunity to mark the successes of Team GB and Paralympics GB, and became a part of local celebrations of London 2012 across the UK.

“I am pleased to confirm that these postboxes will be kept gold permanently.”