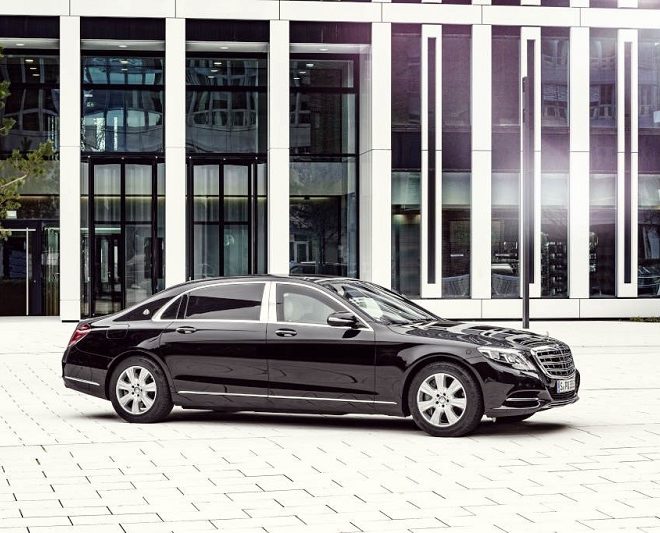 For James Bond wannabes (and cartel bosses, most likely), the Mercedes Maybach S-Guard is the first civilian vehicle ever to achieve a VR10 ballistic protection rating. In fact, Germany’s own Federal Office of Criminal Investigation has fully approved of its use after testing. This inconspicuous but hardy limousine looks just like any other Maybach S 600 making it well suited to cover any VIP in need of protection.

But anyone wishing to don the mantle of 007 wants to have all the safety, as well as the style. The S-Guard aims to please. At 470,000 Euros (before taxes), you can get reclining rear seats, the softest leathers and an optional drinks chiller cabinet optimized for champagne (what else). While sipping your tipple of choice, you can expect protection from “hardened steel core bullets fired from an assault rifle” (thus the VR10 rating). RPG you ask? This defender laughs in the face of the question. Seriously, for a higher rating of protection, clients would need to consider non-civilian modes of transport – like a tank.

Yet everyone knows that bad guys have many ways of getting at their targets. Don’t worry because you, as the owner of the S-Guard, are shielded. Any of those pesky explosive charges snuck underneath are fended off by the entire underbody being shaped and armored. Even the fuel-tank is reinforced with some sort of self-healing coating (reportedly the same as used in the Apache assault helicopter). Run-flat tires and a very powerful engine (6-liter V12 with 500+ horses) helps you to a clean getaway in case you’re outnumbered and under fire.

For now, you can expect this stealthy and comfortable juggernaut to be favored by Heads of State, undercover agents and Martin Shkreli. Oh yes, on that note about crime bosses who might have an eye on this model, Mercedes says it will screen all prospective buyers to avoid just such a scenario.