Mercedes Benz has announced a new self driving sedan at the 2015 Consumer Electronics Show, the Mercedes F 015 Luxury In Motion. 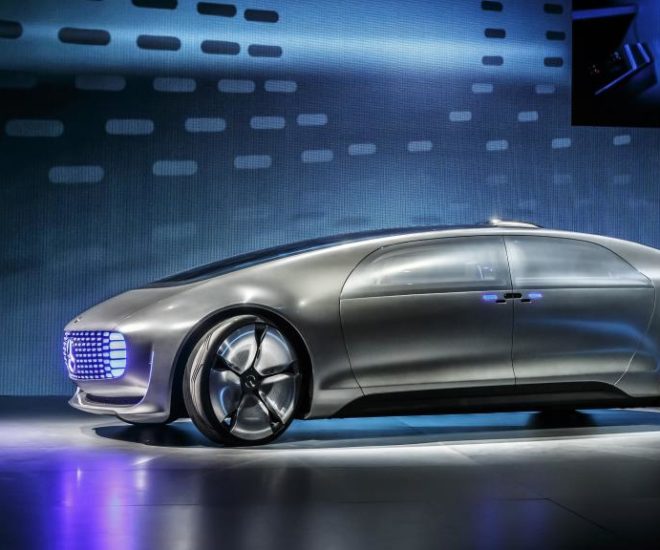 German automaker Daimler on Monday showed its vision of the driverless car, a prototype vehicle that allows four passengers to face each other as the vehicle finds its way.

“In the future, the car brings access to the single most important luxury goods of the 21st century: private space and quality time,” said Daimler chief Dieter Zetsche, as he unveiled the self-driving Mercedes-Benz luxury sedan F 015 at a keynote at the CES in Las Vegas. Vehicles, he said, “will be exclusive cocoons on wheels that enable people to do exactly what they want.”

The futuristic designed car with a sweeping curved form factor still has a steering wheel, unlike the Google driverless vehicle, but the driver’s seat and front passenger seat can pivot to allow the vehicle to become a “private retreat,” according to Daimler.

“This is what we believe will be next in the terms of the car’s design, concept and communication,” Zetsche said. The prototype was to take a driver along the Las Vegas Strip later Monday before being put on display at the huge tech show set to open Tuesday. The show is devoting an increasing amount of space to automotive technology, including vehicles that offer some autonomy and greater connectivity.