The Mercedes-AMG C 63 Coupe is able to go from 0 to 60 mph in less than four seconds. 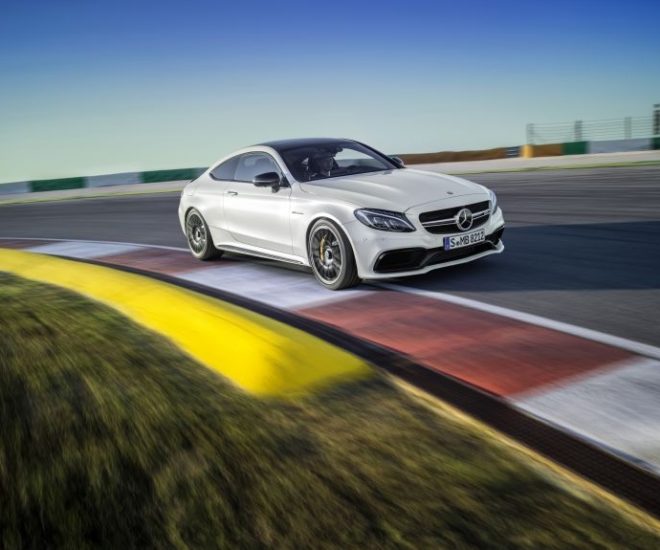 Mercedes is set to present its new AMG C63 S Coupe, developed with the help of its high-performance division, AMG. It will be one of the main attractions at the 2015 Frankfurt Auto Show.

This ultra-sporty take on the C-class version Coupe is characterized by a much more aggressive hood, enlarged car wings and 19-inch tires.

AMG has also included suspension with a “sports” version of the electronic stability program (ESP). The hum of the engine varies according to the positioning of the flaps located near the exhaust pipes; a small button lets the driver control the flaps and adjust the volume.

The Mercedes-AMG C 63 Coupe will be unveiled at the Frankfurt Auto Show alongside the C-class Coupe, revealed a few days earlier.

The vehicle should be available early 2016 at an undisclosed price, though potential buyers should consider the environmental penalty, which stands at 8,000 euros.

Mercedes and its performance division previously created a buzz during the Paris Motor Show with the presentation of the Mercedes-AMG GT.