Bill Gates’ love of fast cars led to a legal change that has made it much easier for Americans to own modern European or Japanese classics. 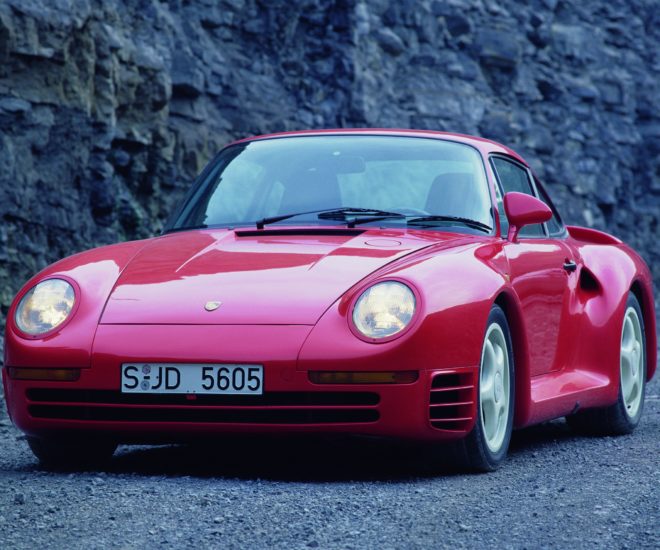 Microsoft’s co-founder Bill Gates may be best known for creating the Windows operating system, his billions of dollars in the bank and his philanthropic work, but his love of fast cars, and in particular the Porsche 959, led to a legal change that has made it much easier for Americans to own an exotic modern European or Japanese classic.

‘Show or Display’ is an amendment to US federal government vehicle standards that permits an individual to import a rare or exotic car that isn’t sold in the US into the country for private use even if it doesn’t comply with United States Federal Motor Vehicle Safety Standards (FMVSS). And this exemption exists thanks to Bill Gates’ lobbying the government for much of the early 1990s so that he could get his Porsche 959 back.

When Porsche took the wraps off the 959 in 1985, it redefined the concept of a supercar. It had an intelligent four-wheel-drive system, a 2.85-liter six-cylinder engine with two turbos attached to it, 450hp on tap and a 314km/h top speed. It was the world’s fastest production car and nothing could come close to it.

So, it’s little wonder Gates bought one. However there was a catch. Porsche only made 329 examples and wasn’t prepared to sacrifice any of them – after all each was worth $300,000. The US government demanded four examples for crash-testing; Porsche said “no” (understandable seeing as it would have been the same as setting fire to $1.2 million) and the car was banned from import into the country. Gates’ car was impounded by US customs and held for 13 years.

However, today the Porsche 959 is legally permitted to take to the road in the US. At this year’s Gooding & Co Pebble Beach auction, a 1988 Komfort edition went under the hammer for $1.3 million. And if the lucky owner is based in the US, he or she will be able to thank Bill Gates that they’re allowed to drive it.

Gates’ lobbying led to the ‘Show or Display’ amendment. It enables the import of rare cars – usually vehicles that had a production run of fewer than 500 examples – if the car in question “Is of such historical or technological significance that it is in the public interest to show or display it in the United States even though it would be difficult or impossible to bring the vehicle into compliance with the federal motor vehicle safety standards.”