A gold-plated model of James Bond’s legendary Aston Martin DB5 is expected to sell for £60,000 at a charity auction. 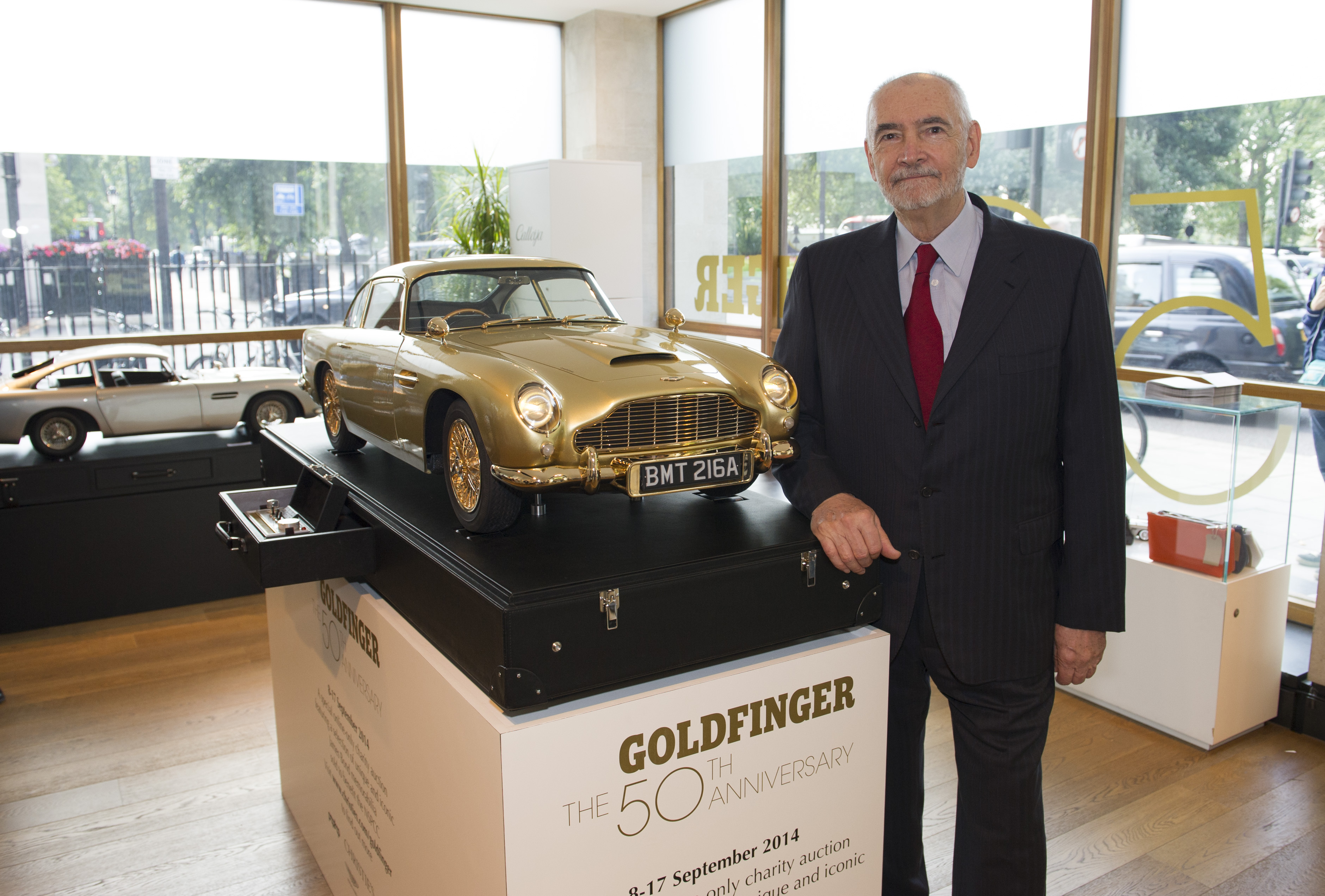 A one-off gold-plated third scale replica of James Bond’s iconic Aston Martin DB5 will go under the hammer later this month in an online auction to benefit the National Society for the Prevention of Cruelty to Children.

The event is created to celebrate the 50th anniversary of Goldfinger, the first bond film to feature the iconic DB5.

The car was built by Propshop, the company that provided scale models of the DB5 for special effects scenes in the most recent Bond Film, “Skyfall.” Bidding commenced on Monday and will continue until September 17, the 50th anniversary of the world premiere of “Goldfinger.”

The car is expected to fetch between £40,000-£60,000 and is one of a host of specially commissioned Bond-themed items in the sale. Also included in the sale will be a unique Goldfinger Seamaster Aqua Terra wristwatch created by Omega to celebrate the anniversary of the film.