Only 20 limited-edition 458 Italia cars featuring a golden dragon on the front bonnet will be showcased in Shanghai. 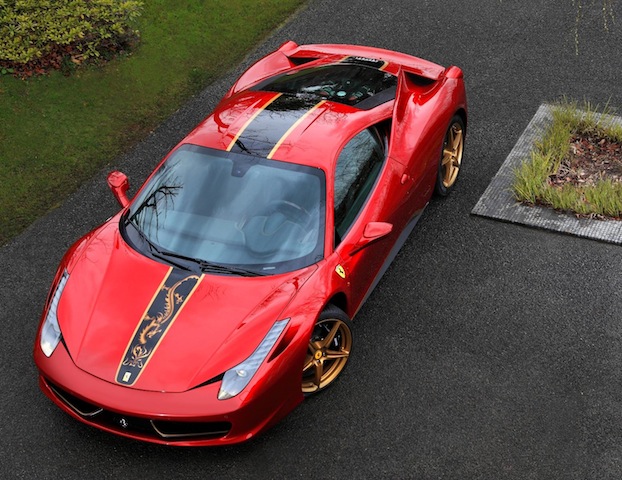 To mark the anniversary of the sale of the first Ferrari in China – a Ferrari 348 TS ordered by a Beijing customer – Ferrari is opening an exhibition at the Italia Center in the Shanghai World Expo Park and releasing a China-only limited edition 458 Italia.

Covering 900 square metres the Ferrari Exhibition will last for three years and will feature some of the best collections from the Maranello Museum divided into five topics, including Ferrari in China, Green Technology, Product, Design and Racing.

The most eye-catching element of the car’s exterior is the golden dragon on the front bonnet, which is offset by gold and black livery stripes symbolising a racing track.

Each of the 20 cars also sport a ‘20th Anniversary Special Edition’ plaque is set into the dash. No word on the pricing yet.

This 458 Dragon is the second China-only Ferrari, the first one was the porcelain-painted Ferrari 599, only one was made and sold for 1.77 million dollar.