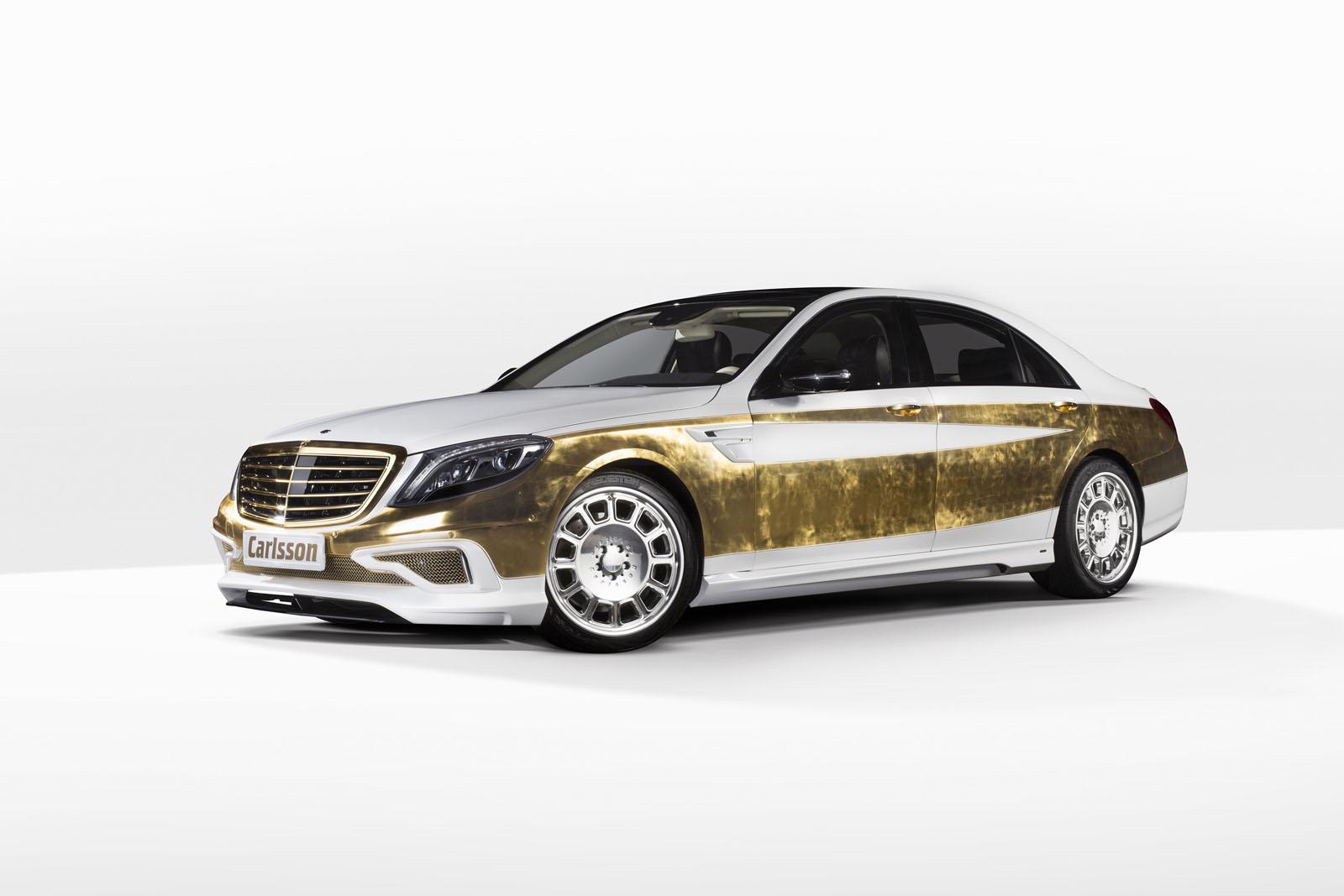 For lovers of luxury and bling-bling, German tuning specialist Carlsson is offering an eyeful at the Geneva Motor Show this week, displaying the world’s first gold-covered car.

Several thousand sheets of gold leaf were needed to cover the Versailles-inspired special edition Mercedes S-class presented at the show.

The latest Mercedes-Benz S-Class was used as the model for the new limited edition CS50 Versailles Edition of Carlsson, Carlsson said it is only planning to produce 25 of the over-the-top luxury vehicles, each customised to fit the tastes of their buyers.

Ten of the Carlsson CS50 Versailles, named after the Palace of Versailles, have already been reserved, said the company, which is targeting in particular ultra-rich buyers in Asia and the Middle East.

About half of the car’s exterior is covered in pure gold, and the precious metal is also omnipresent inside the vehicle, covering the steering wheel, part of the dashboard and a range of knobs, buttons and details. And the luxury does not stop there. The seats are fitted with Nappa leather and the floorboards covered with soft sheepskin carpeting.

It took some 200 man-hours to cover the car with gold leaf, using special squirrel hair brushes, before the delicate metal sheets were sealed with a clear coat to keep them in place, Carlsson said.