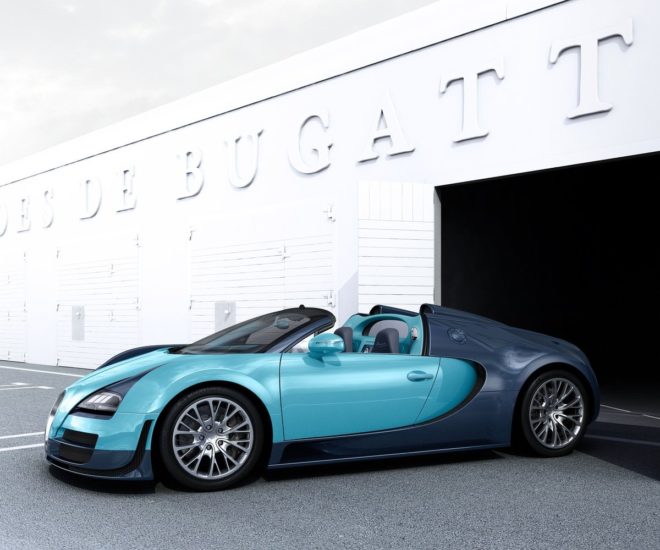 Anyone with a Bugatti Veyron on their list of holiday season gifts be warned: only 50 examples of the multi-million dollar hypercar are left and when the final one is sold, production will cease forever. And with the end of the 450-model production run will come the end of one of the most remarkable chapters in automotive history.

A car born out of an obsession to create the fastest, most luxurious and most exclusive supercar in history, it was the first production car with over 1000bhp, the first to go from 0-100kph in 2.45 seconds and to this day is still the fastest proven street-legal vehicle in existence — capable of 431kph or 267.8mph. And then there’s the price tag, a whopping $1.3 million for the ‘entry level’ EB 16.4.

Yet despite the price, all of the hardtop coupe editions (limited to 300 examples) have found caring owners, as have 100 open-top roadsters, and Bugatti is this week celebrating the sale of the 400th Veyron to a client in the Middle East — a €2.13 million ($2.9 million) Grand Sport Vitesse ‘Jean-Pierre Wimille’ special edition, which itself is limited to three examples. Of hitting this milestone, Dr. Wolfgang Schreiber, President of Bugatti Automobiles, said: “With the Veyron, Bugatti has established itself as the most exclusive and most luxurious super sports car brand in the world. The Veyron is a unique success story and sets a high standard for the future of Bugatti.”

And that’s no exaggeration. The Veyron could prove an impossible act to follow, although that won’t stop Bugatti from trying. But as well as replacing the Veyron, the Volkswagen-owned company is also expected to launch an equally sporty executive car that will give the Rolls-Royce Wraith, Bentley Continental Flying Spur or even the Ferrari FF a run for their money.