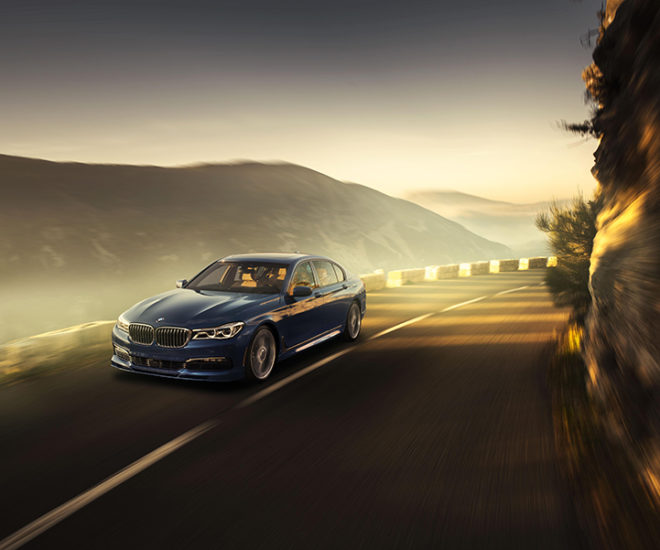 Motoring enthusiasts are looking forward to Alpina’s latest work of art to join the BMW 7-series team. The announcement has been made that the car will be unveiled come March at the Geneva Motorshow.

It keeps the high-tech features that are usually found in the previous BMW 7-series editions while showing off a twin-turbo charged 4.4-liter V8 engine. A modern and sleek design, this is a high-performance vehicle that does not compromise on its aesthetics. Its interior is high-quality Lavalina leather that is hand-finished, for a polished feel.

Making its debut at the Geneva Motor show in March, the 2017 Alpina B7 xDrive delivers an impressive 600 horsepower and the same high-torque-low-revs ratio that characterizes Alpina in general. The eight-speed automatic transmission brings this power to all four wheels with ease, while the re-worked suspension system keeps it all under control. Going from 0 to 100 km/h in under four seconds, this luxury sedan can seriously put the pedal to the metal, as they say. Do remember though that there is no manual version of this vehicle, if the example of previous B7s is any indication.

On that note though, a first in the history of the B7 is the introduction of Integral Active Steering. The combination of variable ratio electric steering at the front axle and active steering on the rear axle provides the driver with a truly dynamic experience. The Alpina classic wheels that have Michelin Pilot Super Sport tires mounted on it further enhances the B7 xDrive.

The Alpina B7 xDrive will make its debut at the Geneva Motor show in March and will be made available to order from September.