An array of 11 models from the sportscar company will be front and center at the festival, including the new Vision concept and the old Le Marquis model. 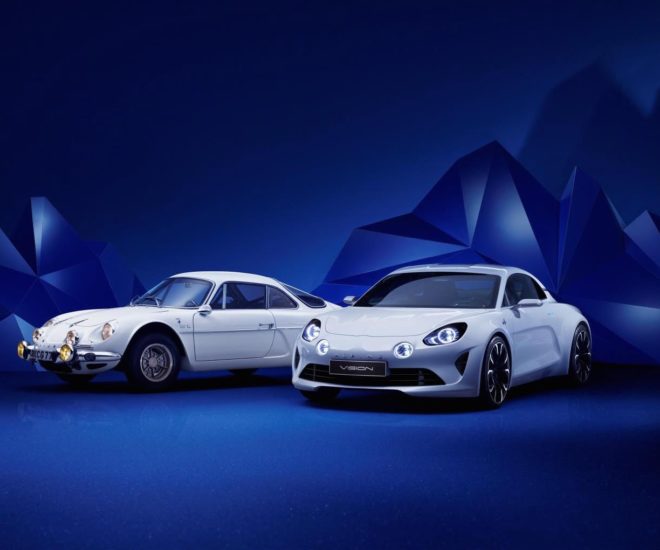 With the release of its first new model in 21 years, Alpine is aiming to make its comeback quite a blast. To prove to the world that it hasn’t lost its touch yet, 11 different models will be showing themselves off at the Goodwood Festival of Speed in an Alpine showcase of heritage and destiny. The festival is ongoing until June 26 in England and you can check out our coverage of it here. Not only will Alpine’s latest concept, the Vision, be on show, but the firm is also be bringing in the car that started it all for – the Alpine Le Marquis.

The Vision was first unveiled February as a hint to what the newest production road car would look like – taking classic lines from the Alpine A110 and booting them up for the new century. Putting them next to one another, you can clearly see the differences. There’s a lower center of gravity, a mid-mounted engine, and a rear-wheel drive. While they haven’t given extensive figures yet, they’ve revealed that it goes from 0-100km/h in a mere 4.5 seconds.

But let’s go back in time to the Le Marquis, which was built in 1954. This was around the time mechanic Jean Rédélé got an idea to make a faster version of his Renault 4CV; he eventually took this idea and founded Alpine. The Le Marquis was shipped to the US where it was going to be reproduced with a fiberglass shell and sold in large numbers to challenge the popularity of British sportscars in the country. Yet, nothing came of the deal, and the model was stranded in the US until now; it is being displayed in its full glory at Goodwood.

Yet we can’t forget the sports element at the center of Goodwood, which is its hill-climb race. The two Alpine models taking the uphill challenge are the A460 and the A442 B. The former comes fresh from wining the LM P2 category at the 2016 Le Mans 24 Hours earlier this month, while the latter won Le Mans outright in 1978 and gave the company the proof that it was ready to take on F1.

With all that on show, you can see the whole history of how the company developed itself steadily over the years. It is sure to create great hype for when the new production version finally makes it to your market, wherever that might be.