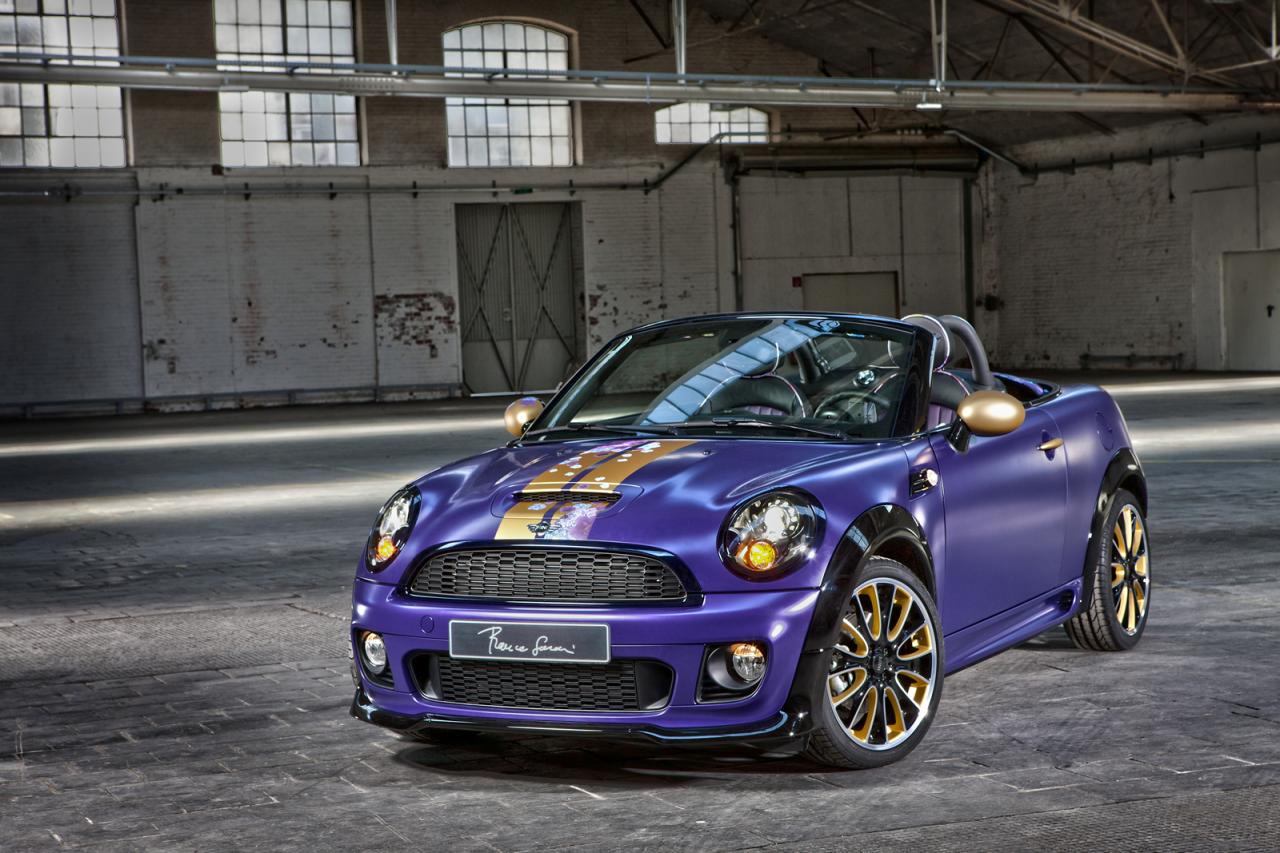 For the past 11 years, Mini has been one of the major sponsors of the European Life Ball to support HIV/AIDS research.

Part of that sponsorship has been the sale of a one-of-a-kind special-edition car designed by some of the biggest names in fashion.

This year, Mini had commissioned Italian Vogue’s chief editor Franca Sozzani to customize the new Mini Roadster. The model was presented at the 20th annual Life Ball event in Vienna and was auctioned to raise €54,000 for AIDS charity. The one-off MINI Roadster designed by Franca Sozzani has a Deepest Purple matt livery and the model is also coming with two gold hallmark rally stripes.

The interior design of the car hasn’t been left aside by Franca Sozzani and it has been treated with floral decorative prints, while the wing mirrors and wheels have been painted gold. “I thought at MINI as a beautiful woman who put a scarf on her head when she drives a Roadster,” said Sozzani. “The auctioning of these one-off MINI models over the last years has generated proceeds of more than 550,000 euros for the charitable cause,” Mini said.