We take to the skies in Dassault’s top of the range trijet, the Falcon 8X 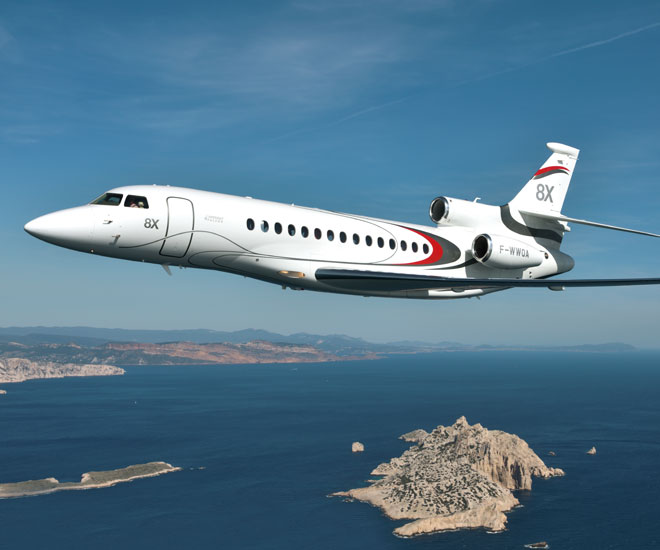 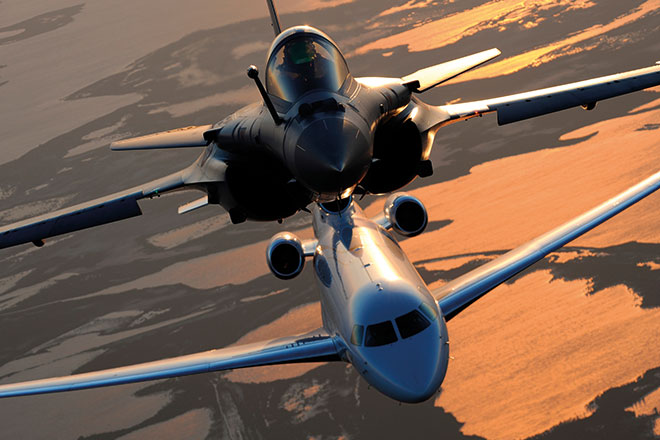 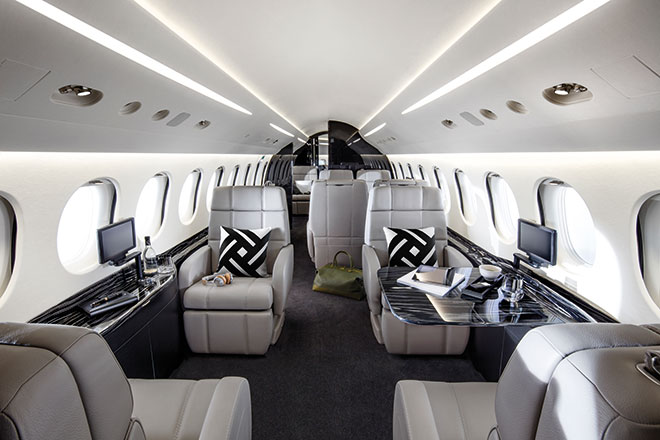 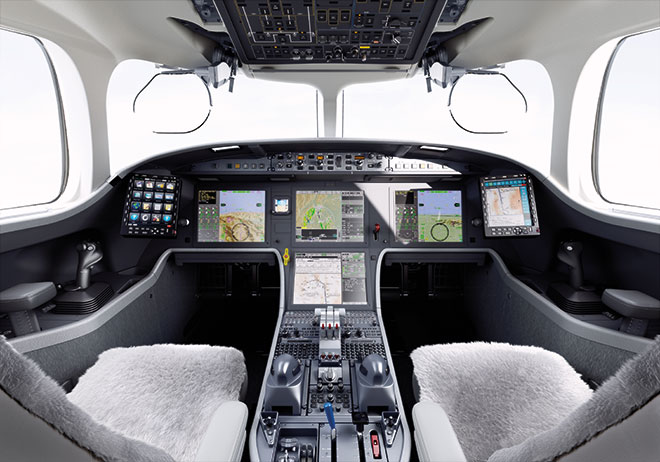 The flagship of the Falcon range with its legendary shape is a testament to the superiority of Dassault’s trijet design. Unique in aviation in the 21st Century, the three-engine layout has proven itself time and time again. Recently approved to fly into London City Airport — globally one of the most difficult yet important airports to operate due to its steep approach and short runway — its location near Canary Wharf and the City of London means for the big players, it’s a must. Now, all of Dassault’s in-production fleet can operate in and out of the airport, giving it a clear advantage over many other similar sized business jets.

In an age of the twinjet, Dassault chooses to use three engines on the Falcon 8X and this enables them to operate out of smaller air fields with shorter landing strips and ones of a higher altitude while having the added safety of a third engine. The Pratt & Whitney PW307D produces 6,722 lb of thrust each and push the Falcon 8X to a top speed of Mach 90. Having three engines also means that while cruising at 51,000 feet, not having to follow ETOPs mean faster trips over bodies of water. The redesigned wing and additional space for fuel enable an optimum range of 6,450 nm allowing for further point to point cities than the 7X can achieve.

The Falcon 8X will carry an average of 8 passengers in one of the most advanced cabins available today. As an owner, you have the ability to choose between 30 different cabin layouts depending on your main use of the aircraft. You can have a denser layout for more passengers and crew or a more spacious one with a three-lounge layout featuring an aft shower and a lot of rest space. The cabin pressure can be kept at 3,900 feet while cruising at 41,000 feet, meaning a lot less jet lag when you arrive at your destination. Wifi and all the usual work and entertainment amenities also feature prominently.

Up front the EASy III cockpit offers an easy to use guidance panel and similar to Airbus aircrafts – maybe it’s a French thing – a sidestick instead of a yoke to control the fly-by-wire flight control system. This means that all your ailerons and elevators are easily controlled via wireless signals through a single joystick either on the left or right side of the pilot flying. Falcon Eye head up vision display blends imagery from multiple cameras mounted in the nose and synthetic vision into an easy to interpret screen that pops down from above the pilot’s head. The EASy III flight deck also offers a 3D colour weather radar system from Honeywell that has enhanced turbulence detection capability.

For those of you looking for a long-range aircraft that offers something a bit different than the rest, purchase or lease a Dassault Falcon 8X. Onlookers at the airport will be jealous of its good looks and powerful styling. If you’re lucky enough to be on board, this jet will get you to places faster and more comfortable than ever.