The Japanese artist has collaborated with Akita-based brewers NEXT5 to create a new sake with limited-edition packaging: “Takashi Murakami×NEXT5”. 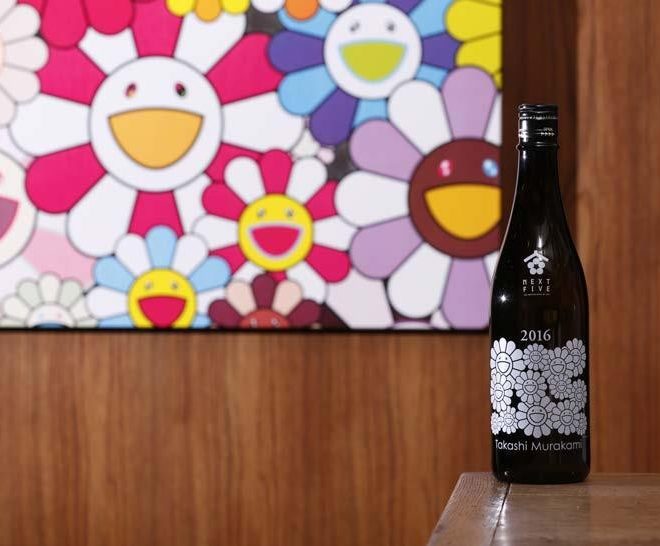 The Japanese artist Takashi Murakami has collaborated with Akita-based brewers NEXT5 to create a new sake with limited-edition packaging by the artist: “Takashi Murakami×NEXT5”. Murakami did not only work on the packaging, as such collaboration usually go, but also had a hand in the recipe for the sake.

Back to the roots of sake

The new recipe by the artist and brewers is created using the traditional kimoto-zukuri brewing method, where kimoto yeast is used to make the sake by placing it in a bag with rice and water, massaging a few times a day and letting the yeast enzymes slowly dissolve the rice to produce the alcohol. This technique dates back to the earliest years of the Edo period (between 1603 and 1868) before the Meiji Restoration. Murakami explains that the idea was to go back to the roots of the drink: “If we go far back enough into the history of sake, we find culture coming from China. We want to grasp this thread and weave it into a fresh form.”

As well as helping with the creation of the sake, the artist Murakami has designed four unique bottles: one glass and three ceramic. The designs feature typical Murakami patterns of his signature smiling flower motif. Two of the ceramic bottles, the gold and white editions, are embossed, with the gold bottle signed by the artist himself.

Glass bottles retail for 5,000-3,500 yen, while the ceramic formats vary from 35,000 yen (blue on white motifs) to 170,000 yen (gold relief). The signed edition is noteworthy for the difference in price between it and all the other versions. At close to $1,000, this is one demanding bottle of sake!

“Takashi Murakami×NEXT5” sake can be purchased at Marakami’s bar, Zingaro (Nakano) and at select stores.