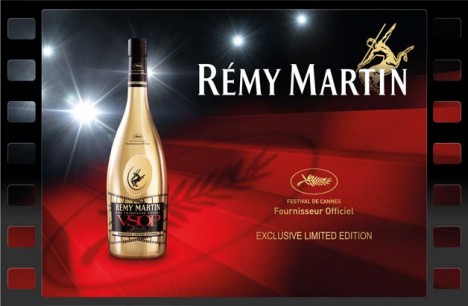 As the official sponsor of perhaps the most glamorous of film festivals, the French spirit maker has launched a new collector’s series called Gold and Light for the 65th edition of Cannes.

In addition to being available at the festival itself, the classic 1-liter bottle will be sold exclusively at some of the biggest airports in the world, including Paris Charles de Gaulle, Nice, Oslo, Dubai, Beirut, New Delhi, Moscow, Hong Kong, Singapore, Tokyo, Seoul, Los Angeles, San Francisco and New York JFK.

While Rémy Cointreau is the official sponsor of the Cannes Film Festival, French champagne maker Moët & Chandon was the sponsor for the Berlin Film Festival.