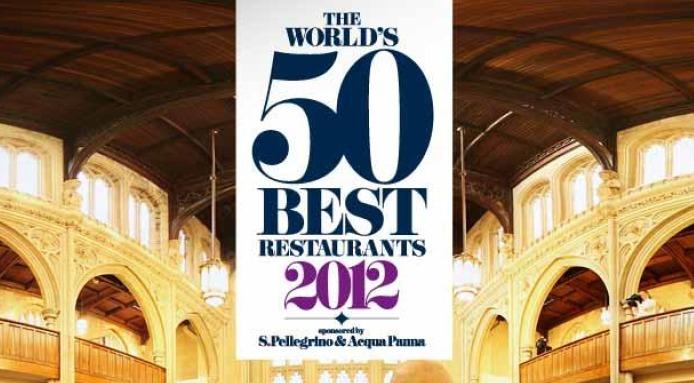 At the 10th annual World’s 50 Best Restaurants awards in London Monday night, Redzepi cemented his position as the “standard bearer for the New Nordic movement” after his restaurant took home the grandiose title of best in the world.

Redzepi is quickly following in the footsteps of Ferran Adrià, whose now-shuttered Catalan restaurant El Bulli topped the list five times and who became widely accepted as the best chef in the world.

This year’s list offered few surprises as the top three restaurants remain unchanged from 2011: after Noma comes El Celler de Can Roca and Mugaritz, both in Spain.

It’s been a banner year for Redzepi. In April, the Danish chef graced the cover of Time magazine as a “Locavore Hero.” Redzepi has also been tapped to open a pop-up version of his restaurant in London to mark the Olympic Games.

Unlike the star-based Michelin system, restaurants that land on the World’s 50 Best list are voted on by a panel of more than 800 food critics, chefs and restaurateurs.

The Academy is divided into 27 separate regions around the world and each region has a panel of 31 members.

Each member gets seven votes, three of which must be for restaurants outside their region. Voters must have eaten in the restaurants they nominate in the last 18 months. Here are the winners for 2012, as announced at Guildhall in London: