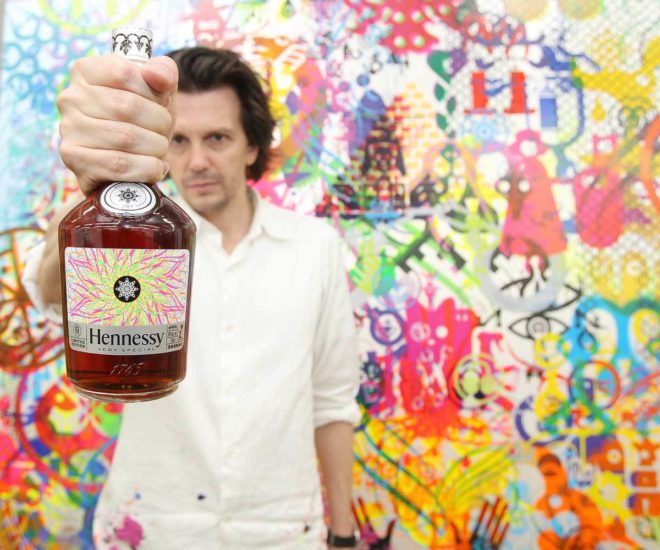 The result? A bold, radiating, kaleidoscopic pattern of fluorescent colors that glows when placed under black light.

McGinness is best known for seeking inspiration from graphic drawings, public signage, corporate logos and iconography to create his art. His work is housed permanently at the Museum of Modern Art, MUSAC in Spain, and the Misumi Collection in Japan among others.

For the Hennessy V.S label, McGinness was also given permission to reinterpret the brand’s motif and coat of arms.

Even the bottle’s metadata — information found on the back of the label in fine print — is expressed through visual symbology. McGinness will tour with the brand as part of the 250th anniversary celebrations around the world, appearing in New York, Miami, Philadelphia and Los Angeles starting this month.

Limited edition bottles are $32, while commemorative gift boxes are also available for $150.