World’s Most Thrilling Adventures For the Adrenaline Junkies

Let your heart race and toes curl with these high-speed adventures.

This one is obviously going out to all the adrenaline junkies – the ones less into kicking back to relax, and more into kicking off a cliff while strapped to a chair. The same ones whose vacations are less confined to the seasons and more defined by a lifestyle. And yes, the same ones who are not worried about adventure activities costing an arm and a leg that might turn out to be literal.

We do not discriminate. This one is also going out to all the jaded office rats whose idea of a thrill is a slightly irate Grab driver going at 110km/h. The same ones who have clocked more hours listening to the whirr of the paper shredder than a plane engine. If there is a good way to spend that annual bonus, it is on a holiday, and a thrilling one to say the least. 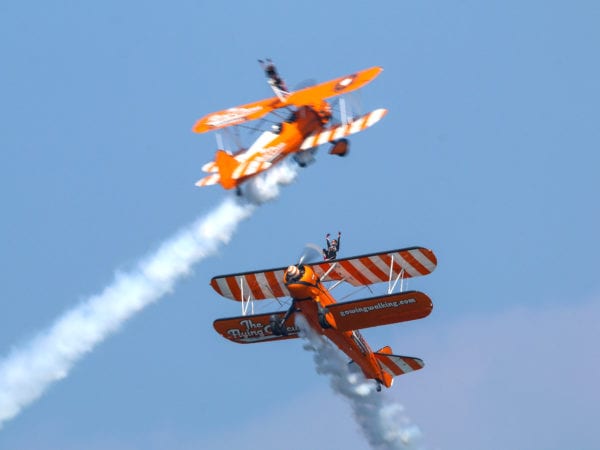 Who knew that such exhilaration was at hand in the tranquil Cotswold countryside of Gloucestershire? The exhilaration is experienced by being strapped standing on the wing of a Boeing Stearman Biplane through taxi, take off, and a series of zoom climbs, dives, and banks.

Having been in the business for over 30 years and boasting a 100 per cent safety record, AeroSuperBatics should put just about any potential wing walker at ease. The area famed for its rolling hills and thatched cottages is also home to some great pubs – meaning one can end the day by nursing his over-stimulated nerves with an ice-cold beer. 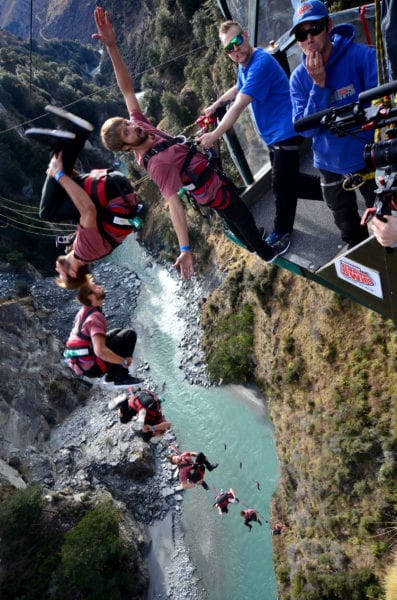 If one’s last time on a flying fox was at a primary school camp, it might be time for a rerun and a big upgrade. Shotover Canyon Swing located in Queenstown, New Zealand is brazen about the fear factor in its experience – rating the “jump styles” of the Canyon Swing according to how many underwear changes it will cost. The ten available styles include being strapped to a chair or suspended upside down before being released. Hurling vulgarities as one plunge should do little to ruin the picturesque view of the Shotover River – a 75km river racing through steep canyons with a great deal of rapids.

This article was written by Valerie Wong. Read the full story at www.mens-folio.com here.