Paul Chesley: A Photographic Voyage is a collection of extraordinary images from the 40-year career of National Geographic photographer Paul Chesley. 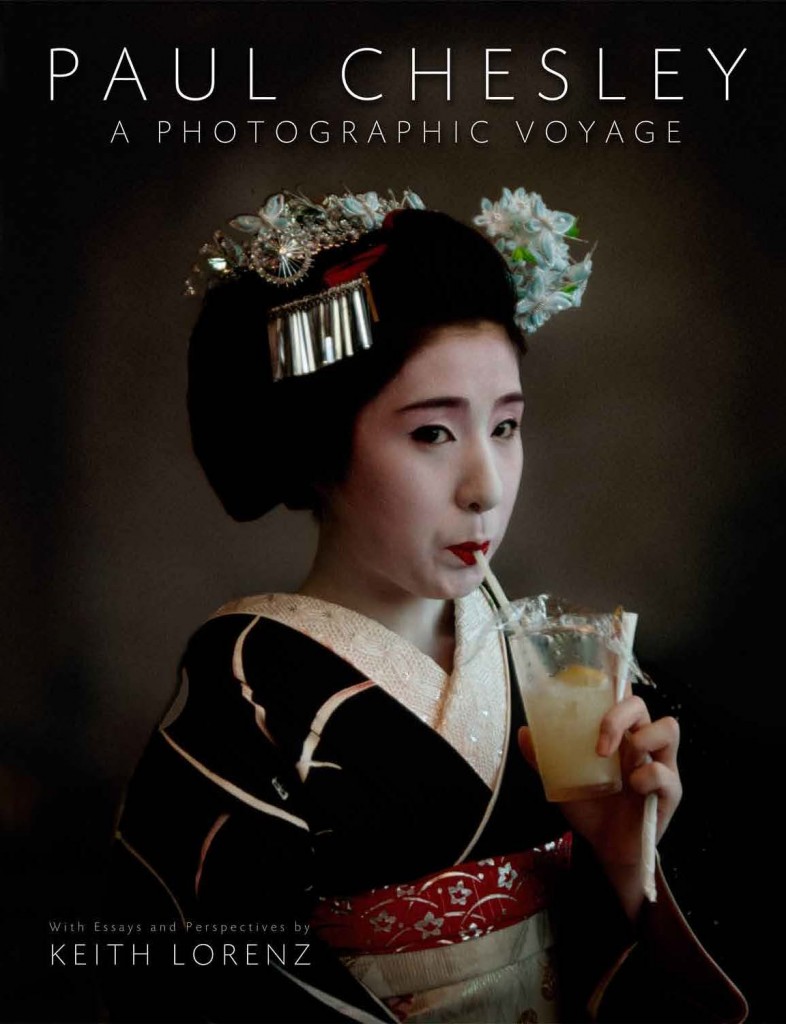 We have 5 copies of Paul Chesley: A Photographic Voyage by Paul Chesley and Keith Lorenz to give away!

From Bhutan to Bali, from China to Ukraine, from Micronesia to Cuba, Paul Chesley has photographed not only the romance of illusions but “the magic of reality in thousands of instants,” as said by Joseph Conrad. This memoir of an artist’s life highlights the best images of his career from a geisha on a phone in a limousine, to the chromatic lifestyles of Havana, the forbidding ranks of the Chinese People’s Liberation Army, the faces of post-war Vietnam and the volcanic island of Iceland plus countless other countries in the past four decades. Chesley often focuses on the mercurial aspects of cultures in transition. He is drawn to those places where life seems to be on hold for just a fraction of time between the past and the future.

His goal has always been the fleeting moments of the present before it is swept away in the never ending tide of history. While this book takes us to a score of faraway places, it doesn’t attempt to be an ethnographic record. The accompanying, informal essays and the Introduction by Keith Lorenz furnish a personal vision of history and place. These perspectives do not encourage facts to overwhelm the narrative.

The aim of photos and text is to provide a mood, not an explanation for the beautiful photographs within. See sample pages from the book here.