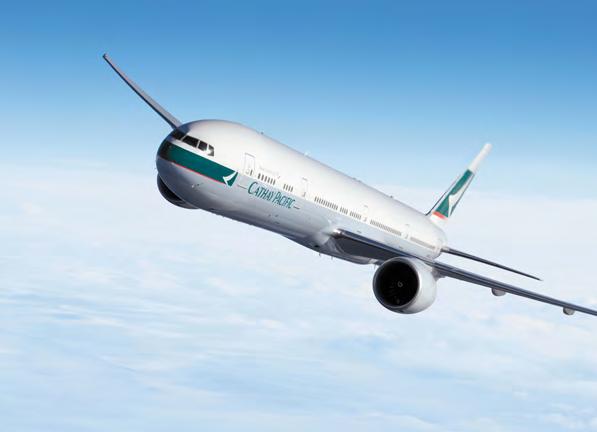 Emirates took a tumble to 4th place, coming in after QATAR AIRWAYS and SINGAPORE AIRLINES which came in second and third place respectively.

Of note: The top 10 list is absent of any North American airlines and is dominated by Middle Eastern and Asian carriers. One reviewer on the Skytrax airline review forum gave Cathay a perfect score for his “exceptional” flight between Hong Kong and London that included a solid six hours of slumber in comfortable seats and a “superb” in-flight menu that featured lamb shoulder confit.

“Overall a great journey and my new favourite airline for business class.”

Over the last four years, the carrier has invested $4.9 billion HK ($632 million USD) in cabin makeovers.

SEE ALSO: CATHAY TO SERVE RESTAURANT MEALS IN THE SKY Seats in economy class have also been refurbished with a cradle mechanism in the seatback that allows for a six-inch recline. That translates to more legroom and overall space.

SEE ALSO: THE BEST FLIGHT ATTENDANTS ARE FROM ASIA