For the third year in a row, Elite Traveler awarded Chicago’s Alinea the top slot in its list of the best 100 restaurant in world. 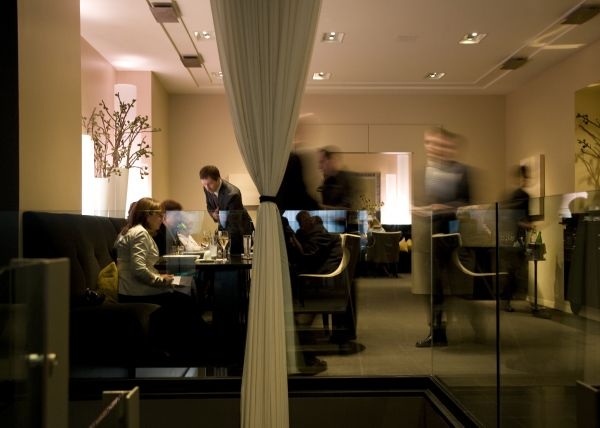 For the third year in a row, Elite Traveler awarded Chicago’s Alinea the top slot in its list of the best 100 restaurant in world.

The list is narrated by trestaurant critic Andy Hayler, an influential food journalist known for having eaten at every 3-starred restaurant in the world.

“There is no menu choice, just a 25-course tasting menu offering an innovative and exceptionally precise balance of flavors,” he writes.

“Sudden bursts of theatricality include a dessert ‘painted’ onto the tablecloth by two chefs. Although molecular gastronomy is not my preferred style of food, it is impossible not to admire the sheer talent on display here. For me, Alinea compares favorably with elBulli or The Fat Duck.” Rounding out the top five restaurants are Daniel in New York, The Fat Duck in Bray, England, Eleven Madison Park and Le Bernardin, both in New York.

France has emerged as the world’s best dining destination, claiming the most addresses on the top 100 list, with 17 restaurants. The highest ranked French restaurant is Pierre Gagnaire (17). 8 of the 17 restaurants are in Paris. Meanwhile, the title of chef of the year for 2014 went to The Fat Duck’s Heston Blumenthal, who has remained in the media spotlight over the last few weeks for a string of developments out of his camp.

In addition to revealing more details on his new Heathrow Airport outpost, The Perfectionists’ Café, this week Blumenthal also announced plans to relocate his staff to the Crown hotel in Melbourne, Australia next year for six months. Top 10 restaurants as voted by readers of Elite Traveler magazine: