The famed el Bulli, the Spanish restaurant repeatedly crowned the world’s best, is to become a non-profit foundation from 2014, its avant-garde chef Ferran Adria announced Monday. The Michelin three-star restaurant will become a “foundation for all avant-garde gastronomy lovers.., a breeding ground for new ideas and for new talents,” he told a news conference […] 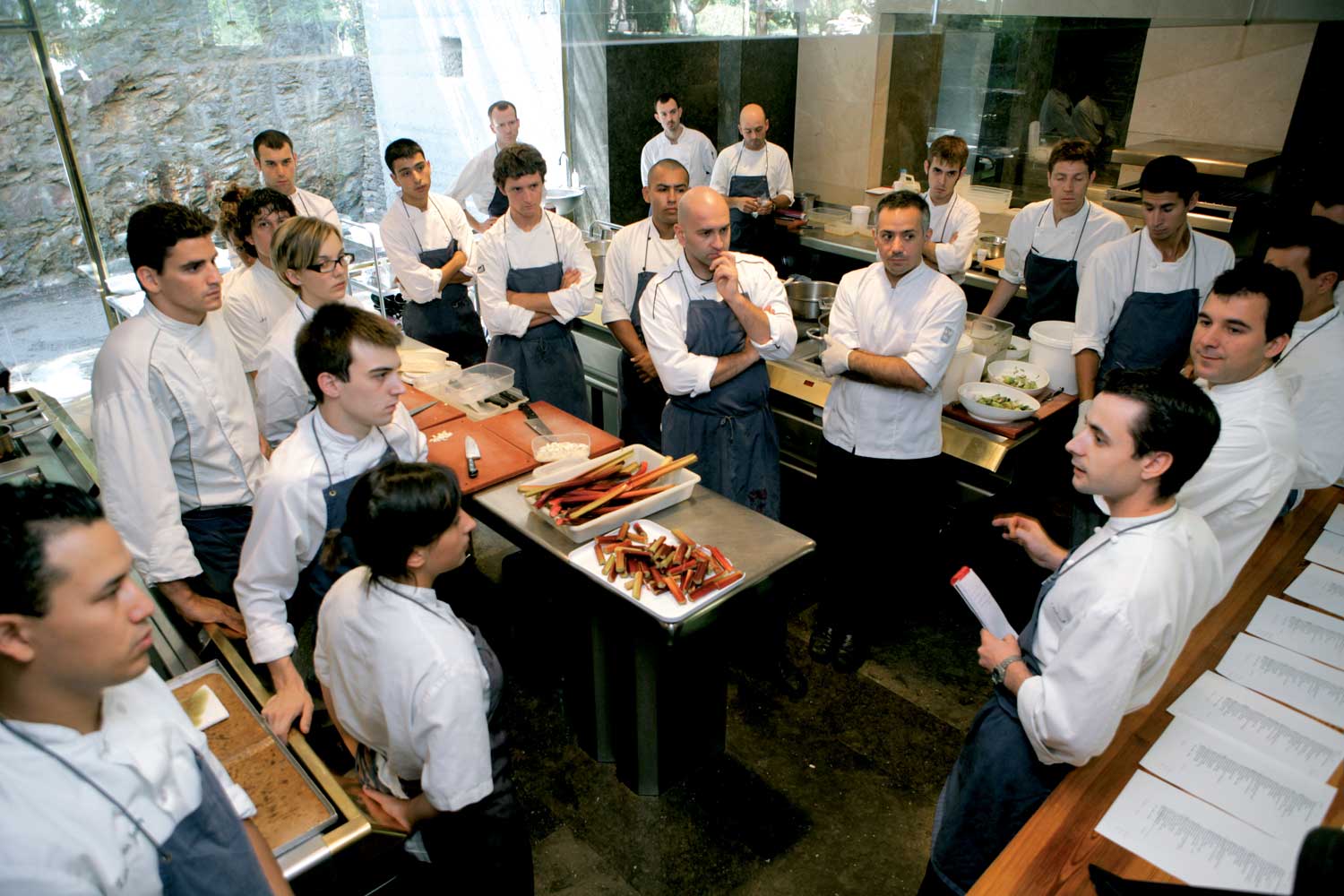 The famed el Bulli, the Spanish restaurant repeatedly crowned the world’s best, is to become a non-profit foundation from 2014, its avant-garde chef Ferran Adria announced Monday.

The Michelin three-star restaurant will become a “foundation for all avant-garde gastronomy lovers.., a breeding ground for new ideas and for new talents,” he told a news conference at a culinary fair in the city of Santiago de Compostela.

The private foundation will grant between 20 and 25 scholarships annually for chefs and other industry professionals and one of its long-term aims will be to compile an “exhaustive and detailed” encyclopedia of contemporary cuisine. “We want it to be a think-tank of gastronomic creativity,” said Adria, who is known for his trailblazing approach to cooking which uses hi-tech methods to “deconstruct” and rebuild ingredients in surprising ways.

The foundation’s gastronomic creations will be available for tasting every year from 2014 “by a certain number of customers”.

“The creation of this foundation is another step forward, certainly very significant, in our aim for constant evolution and permanent commitment to creativity,” he said.

elBulli, on Spain’s northeastern Catalan coast, last year came top of the World’s 50 Best Restaurants list for the fourth year in a row following a poll of more than 800 chefs, restaurant critics and industry insiders for Britain’s Restaurant Magazine.

Gourmets the world over reserved months in advance for a table in the establishment, where about 30 avant-garde dishes are available on a menu for a price of about 200 euros (270 dollars).

But in a surprise announcement last month, Adria, 47, said that the establishment would close for two years from 2012, citing fatigue and a need to plan for the future.

In an interview with AFP earlier this month, he said his restaurant and cooking workshop had been losing a half million euros a year but he said his primary motivation for the hiatus was to maintain the creative spark.

“We are not closing because we are stressed,” he said in a reference to a string of top French chefs such as Joel Robuchon and Olivier Roellinger who closed their three-star eateries in recent years to focus on simpler dining.

Under Spanish law, a non-profit foundation can receive tax breaks and accept grants.

He said the foundation will continue to make the avant-garde cuisine which he is famous for but it could branch out into other areas like traditional cuisine, cocktails and even breakfasts.

“This is a meal that is traditionally ignored by restaurants but which I am very passionate about,” he told AFP.

Adria, who joined the kitchen staff of elBulli in 1984, and British chef Heston Blumenthal of The Fat Duck outside London, have since the late 1990s rocked the world of gastronomy by using science to “deconstruct” and rebuild food, both astonishing diners and delighting reviewers.

Taste-bud treats on the elBulli menu have included oyster meringue, hot ice cream, frothy truffle cappuccino and ravioli made from squid and freeze-dried foie gras, while vegetables are turned into lollipops or whipped foams.

Adria’s creations both astonished diners and delighted reviewers, although some critics have dismissed him as elitist and pretentious. He has also had to respond to accusations that the chemicals he uses make his creations unhealthy.

“Criticism is inevitable and I am fine with it as long as they are respectful even if they are negative. When you do something avant-garde you already know that you become a target,” said Adria.

His technique has been described as “molecular cuisine”, a label he vehemently rejects.

“‘Molecular cuisine’ does not exist, the term means nothing. I have been explaining this for the past five years but the media continues to insist,” Adria said in the interview.

“This does not take away from the fact that we are very proud to find ourselves among the pioneers of the dialogue between science and cooking.”