The world’s most expensive Christmas pudding

The world’s most expensive Christmas pudding is made with a 200-year-old cognac and topped with a gold coin. 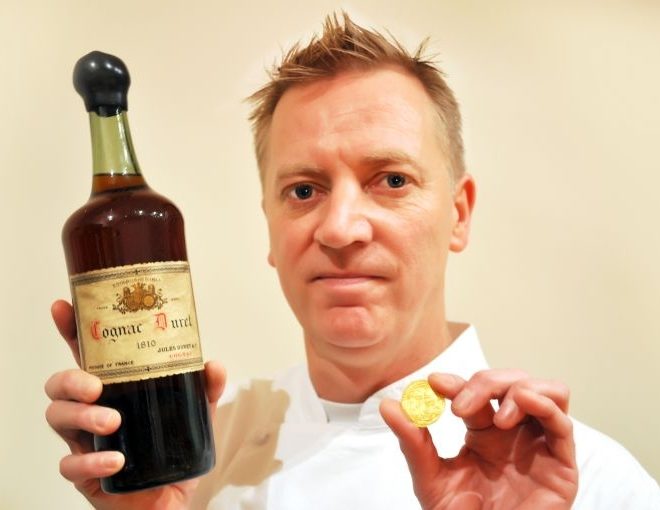 A luxury retailer has created an extraordinarily decadent Christmas pudding recipe for those who love the traditional British dessert and have a spare £23,500 ($38,500) lying around. Soaked in a 200-year-old Cognac, topped with a gold coin, and prepared by the former pastry chef of The Savoy Hotel London, the world’s most expensive Christmas pudding can serve up to 12 people.

The pudding is being sold by the same British luxury retailer that created around-the-world tours of all the three Michelin-starred restaurants in the world and travel packages of UNESCO-themed heritage sites, VeryFirstTo.com.

What makes the pudding so expensive? The dessert is made with a bottle of Duret 1810 Cognac valued at £10,890 ($17,717) which was produced during the pre-Phylloxera era, also known as the Great French Wine Blight, when a mite destroyed a swath of French vineyards.

Other spirits used in the recipe include a Perez Barquero Solera 1905 Sherry and an 1834 Marsala wine. The pudding is also studded with organic Ajwa dates and rare Mamra almonds from Iran.

To create the exorbitant dessert, VeryFirstTo recruited Martin Chiffers, currently the executive pastry chef of Chiffers Shop at Mitsukoshi Ginza Tokyo and the president of the UK Pastry Team for the World Pastry Cup. Previously he was the pastry chef of The Savoy Hotel London.

Topping the dessert is a coin worth £7,500 ($12,200) that shows the angel Gabriel facing the Virgin Mary and the Latin cross on the reverse side.

Placing a threepence in a Christmas pudding is an age-old custom to bring wealth in the coming year, says VeryFirstTo. The remaining alcohols and presentation boxes are also included with the dessert.