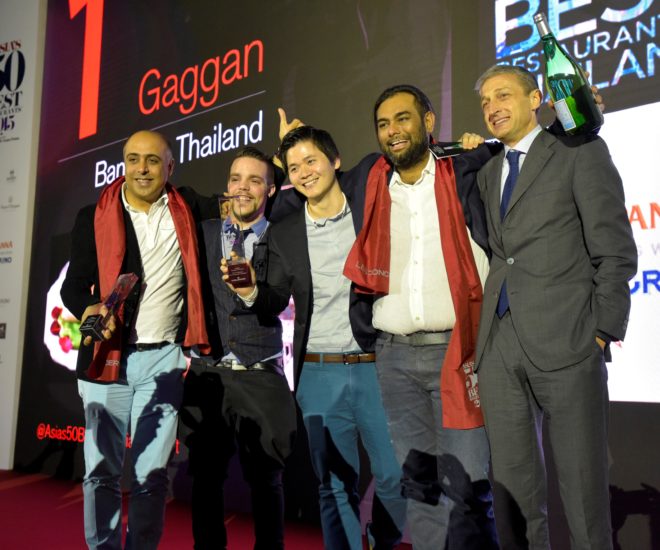 The Bangkok-based restaurant Gaggan, which puts a modern spin on classic Indian dishes in a bid to bridge the gap between eastern and western fare, topped this year’s S. Pellegrino and Acqua Panna’s list of the 50 best restaurants in Asia, unveiled Monday night in Singapore.

The fine dining of Tokyo’s Narisawa, which is rooted in providing dishes with the fresh Japanese ingredients and menus that evoke a strong connection to nature, followed in second place while Paul Pairet’s experimental comfort food at Shanghai’s Ultraviolet came in at third. While the rankings reflect annual ups and downs, this year’s lifetime achievement award went to Japanese-born chef Tetsuya Wakuda who is known for bringing high-end Japanese food beyond its borders.

With just a suitcase and limited knowledge of English, Wakuda moved to Australia at the age of 22. Later, he brought modern Japanse cooking to Singapore where he opened Waku Ghin in 2010.

Launched in 2013, Asia’s 50 Best Restaurants is compiled by over 300 leaders in the restaurant industry across Asia.